Is art world ready for „A Touch of Mandela“?

JOHANNESBURG – Nobel peace laureate, visionary statesman, famous political prisoner — hot new global art sensation? South Africa‘s Nelson Mandela already has a flockfull of feathers in his cap, and plans to add another this week as he unveils his l 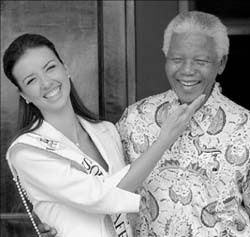 JOHANNESBURG – Nobel peace laureate, visionary statesman, famous political prisoner — hot new global art sensation? South Africa‘s Nelson Mandela already has a flockfull of feathers in his cap, and plans to add another this week as he unveils his latest artwork at a glittering gala in his former island prison.

Friday‘s event, dubbed „A Touch of Mandela“, marks the latest triumph for the 84-year-old former South African president, who shared the 1993 Nobel Peace Prize for his campaign to end whites-only rule. It also marks the latest addition to a small but growing club of celebrities who are turning their hands to artwork in an effort to raise money. Mandela, who was jailed at Robben Island off Cape Town for 18 years, has produced a total of 20 charcoal and pastel drawings, many of his former prison home. Lithographs of some of the work are now available for between $2,600-$3,000 per copy.

While well-heeled connoisseurs such as American talk show host Oprah Winfrey have already snapped up early Mandela releases, Friday‘s event will mark the world launch of a new series, „Impressions by Mandela.“

Publisher Ross Calder, who persuaded Mandela to explore his artistic side to raise funds for his charitable foundation, said he got the idea after viewing an exhibit of artwork by another world-revered figure, late Beatle John Lennon. „They were just a bunch of squiggly lines..I thought, why not Mandela?“ Calder said.

But will people who love Mandela‘s politics necessarily love his art? To smoothe out any unsightly kinks in Mandela‘s technique, Cape Town artist Varenke Paschke was brought in to tutor the anti-apartheid icon. „It was definitely very moving to work with him,“ Paschke said. „He‘s a very keen student. His work is straight down the line, no frills.“ The results — simple line drawings, shaded with blocks of colour — may not break new artistic ground. But organisers of Friday‘s event are confident that their inspirational qualities will help propel Mandela into a whole new career.

And, with Mandela able to sign as many as 250 prints per hour, they are confident his artistic touch will spin gold with Mandela fans all over the world. „Because its him, it makes it so much more valuable,“ Calder said. „It‘s all in the marketing. It tells a story, you are buying it because it is Nelson Mandela, he signed it.“ Reuters 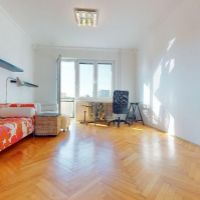 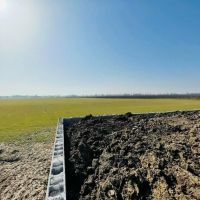