It’s all been done before 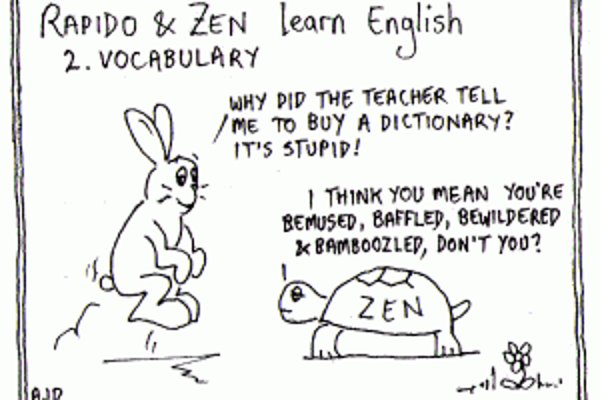 No, not really. It isn't true. I invented it. But I wouldn't be surprised to see it one day soon. It seems that every week someone becomes 'the first' or 'the youngest' or 'the oldest' or even 'the first married couple' to do something that doesn't seem to be very useful to the rest of humanity.

This year I've seen headlines saying 'The youngest person to sail the Atlantic alone', 'The youngest Briton to climb Mount Everest', 'The first person to cross the Pacific Ocean on a windsurfing board', and 'The first people to fly around the world in a hot air balloon'. Why do they do it? Don't they have better things to do with their time and money? And why should I be interested anyway?

Human beings have already climbed the highest mountains, sailed across the oceans and flown around the world. People have already reached the most remote parts of our planet. Many of these things were done a long, long time ago. There just isn't anything left to explore nowadays. I suppose there's still a lot of the universe left, and the bottom of the oceans is still a bit of a mystery, but you need a lot of technology to explore areas like that. So, those people who feel the need for adventure can only do things that have been done before. So they have to try and do it in a new way, or be 'the fastest' or 'the youngest' or 'the oldest' to do something that isn't really new at all. Or they can start new combinations of achievements. 'The first woman to walk to both the North and South Poles and skateboard down Mount Everest'. (I invented that one too, but I think you get the idea.).

What is so great about climbing Mount Everest these days anyway? It's become a popular tourist trip. People pay thousands of dollars to be taken up the mountain by the local Sherpas, who lead the way and carry the bags. At any one time there are about a thousand people either climbing up or on their way back down. As a result, Everest is covered with rubbish and the Sherpas have to make special trips up the mountain to pick it up. The climbers are often inexperienced and when they get into trouble other people have to risk their lives to bring them down to safety. Helicopter crews have been killed trying to reach people who were stuck on the mountain.

In May this year, a British man became the first person to walk alone from Canada to the geographic North Pole. Personally, if I wanted to visit the Arctic, I'd rather go as a tourist on a cruise ship, with a helicopter trip to the North Pole included in the price. But OK, this man decided that he wanted to walk. Fair enough. And I'm sure it was a difficult thing to do. The problem was that he went in the spring, when the ice begins to melt and break up. So he got stuck on an isolated piece of ice and a plane had to be sent in to rescue him. It's very difficult to land a plane on breaking ice and the people who risked their lives to do it weren't very happy. They called the timing of the expedition 'a bit stupid'.

In January 2003 a helicopter carrying two British men crashed into the sea near Antarctica. I'm not quite sure what they were trying to be 'the first' or 'the youngest' to do. The Chilean navy picked them up after a nine-hour rescue mission that cost tens of thousands of pounds. All paid for by the Chilean and British taxpayers.

Talking of taxpayers, many Australians are getting a bit fed up with record breakers. A lot of people trying to break sailing or rowing records get into trouble in the seas around Australia, so the Australian navy has to send ships to save them. There have been a lot of difficult, time-consuming rescue missions in recent years costing the Australian government millions of dollars. I suppose we can't just leave them to drown, but personally, I think we should give the bill to the people who are rescued. Perhaps they would think twice about doing it if they had to pay for expensive insurance premiums. Then I wouldn't have to read about them in the newspapers either.

What do you think? Are these explorers heroes or a danger to other people? Examples of courage and determination which should inspire the rest of us? Or a waste of time, energy and money?

1. remote: situated at a distanc
2. crew: the people who work on a ship or a plane
3. rescue: to free somebody from danger
4. navy: a body of warships belonging to a country
5. bill: a statement for money owed for goods or a service

1. The …………… of the plane apologised for the delay and handed out drinks and snacks
2. If you get stuck in the mountains in bad weather, we might not be able to ……… you for days
3. When you have finished repairing the car, send me the …. and I’ll send you a cheque
4. Their honeymoon was on a ……… beach, miles from the nearest town
5. The government sent their …… to defend the island from attacks

Comprehension: true or false. Decide whether these sentences are TRUE or FALSE according to the text.

Vypnúť reklamu
1. A woman has skateboarded down Mount Everest
2. People are only able to explore places that have already been explored before
3. Mount Everest is being polluted by Sherpas
4. A man who walked from Canada to the North Pole had to be rescued
5. The Australian government have made record breaking illegal

There are lots of rules about the use of articles. Here we'll concentrate on 3 golden rules. Most mistakes with articles are made through breaking one of these rules.

1 When we say what people's jobs are, we use a/an

She's an architect.
He's a doctor.
My grandfather was a teacher.

2 Singular, countable nouns always have an article - a/an or the - or another determiner (my, your, this, that etc.)

Remember that we use the indefinite article - a/an - when we talk about something that is not definite.

I saw a good film yesterday. The listener doesn't know which film.
There's a man at the door. We don't know who the man is.
Do you want a drink? It's not a particular drink.

... and we use the definite article - the - when we talk about something more certain.

3 When we talk about things in general we usually use a plural noun or an uncountable noun with no article.

BUT We went to the zoo and saw the kangaroos. These are particular kangaroos - not kangaroos in general.

There are many other rules about articles but remembering these 3 golden rules will reduce the number of mistakes you make.

Complete the sentences with a, an, the, or no article

5 Could you pass me [5] remote control for the TV please?

Its all been done before - key 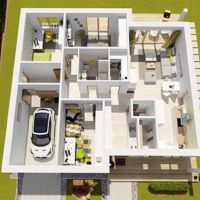 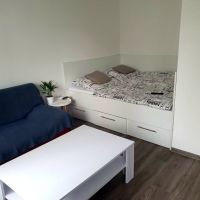