Have you ever looked out of the window of a passenger plane from 30,000 feet at the vast expanses of empty ocean and uninhabited land, and wondered how people can have any major effect on the Earth? I have. 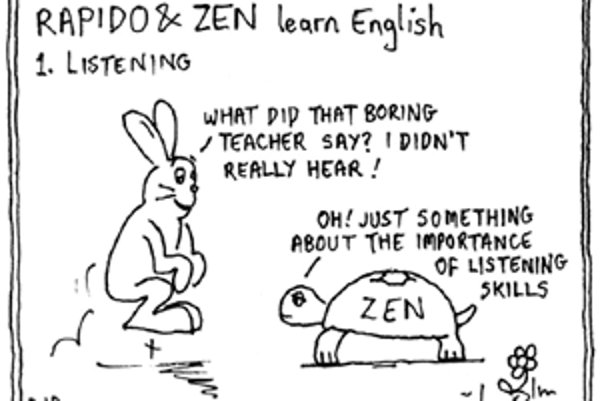 Have you ever looked out of the window of a passenger plane from 30,000 feet at the vast expanses of empty ocean and uninhabited land, and wondered how people can have any major effect on the Earth? I have. But it is now becoming pretty clear that we are causing a great deal of damage to the natural environment. And the planes which rush us in comfort to destinations around the globe, contribute to one of the biggest environmental problems that we face today - global warming.

For those of us lucky enough to have money to spend, and the free time to spend it in, there are a huge number of fascinating places to explore. The cost of air transport has decreased rapidly over the years, and for many people, especially in rich countries, it is now possible to fly around the world for little more than the contents of our weekly pay packets.

Unfortunately, planes produce far more carbon dioxide (CO2) than any other form of public transport, and CO2 is now known to be a greenhouse gas, a gas which traps the heat of the sun, causing the temperature of the Earth to rise. Scientists predict that in the near future the climate in Britain will resemble that of the Mediterranean, ironically a popular destination for British holidaymakers flying off to seek the sun. If global warming continues, we may also find that many tourist destinations such as The Maldives have disappeared under water because of rising sea levels.

As usual, people in the developing world are having to deal with problems created mainly by those of us in developed countries. Beatrice Schell, a spokeswoman for the European Federation for Transport and Environment says that, "One person flying in an airplane for one hour is responsible for the same greenhouse gas emissions as a typical Bangladeshi in a whole year." And every year jet aircraft generate almost as much carbon dioxide as the entire African continent produces.

When you are waiting impatiently in a crowded departure lounge for a delayed flight or trying to find luggage which has gone astray, plane fares may seem unreasonably high, but in reality we are not paying enough for air travel. Under the "polluter pays principle", where users pay for the bad effects they cause, the damage caused by planes is not being paid for. Aircraft fuel is not taxed on international flights and planes, unlike cars, are not inspected for CO2 emissions. Also, the Kyoto agreement does not cover greenhouse gases produced by planes, leaving governments to decide for themselves who is responsible.

So what can be done to solve the problem? Well, although aircraft engine manufacturers are making more efficient engines and researching alternative fuels such as hydrogen, it will be decades before air travel is not damaging to the environment. Governments don't seem to be taking the problem seriously, so it is up to individual travellers to do what they can to help.

The most obvious way of dealing with the problem is to not travel by plane at all. Environmental groups like Friends of the Earth encourage people to travel by train and plan holidays nearer home. However with prices of flights at an all time low, and exotic destinations more popular than ever, it is hard to persuade British tourists to choose Blackpool instead of Bangkok, or Skegness over Singapore. Friends of the Earth also advise using teleconferencing for international business meetings, but most businesspeople still prefer to meet face-to-face.

However there is a way of offsetting the carbon dioxide we produce when we travel by plane. A company called Future Forests, whose supporters include Coldplay and Pink Floyd, offers a service which can relieve the guilty consciences of air travellers. The Future Forest website calculates the amount of CO2 you are responsible for producing on your flight, and for a small fee will plant the number of trees which will absorb this CO2. Another company, co2.org, offers a similar service, but invests your money in energy saving projects such as providing efficient light bulbs to villagers in Mauritius.

Yesterday I returned to Japan from England, and was happy to pay Future Forests 25 pounds to plant the 3 trees which balance my share of the CO2 produced by my return flight. Now the only thing making me lose sleep is jet lag.

1. vast: extensive
2. uninhabited: without residents
3. developed: advanced in sophistication
4. exotic: unique and unusual, not local or native
5. efficient: functioning in the best way with the least effort

Comprehension: true or false. Decide whether these sentences are TRUE or FALSE according to the text.

Some verbs are not usually used in the continuous form, even when we are talking about temporary situations or states. These are called stative verbs.

So, we say I'm sorry, I don't understand rather than I'm not understanding.

I.) Stative verbs are often verbs connected with thinking and opinions ...

She doesn't know what to do NOT She isn't knowing what to do.
Do you agree with me?
I don't recognize it, do you?

Other verbs in this group include:
believe, doubt, guess, imagine, mean, remember, think

II.) Other stative verbs are connected with feelings and emotions

I like this song. Who sings it? NOT I'm liking this song.
What do you want to do now?
I hate my new boss!

Other stative verbs in this group include:
dislike, love, prefer. want, wish

NOTE: although ‘enjoy' is a verb of emotion, it is used in the continuous tense

III.) ‘see', ‘hear', ‘taste', ‘smell', ‘feel' are verbs that describe senses. These verbs aren't usually used in continuous forms. They are often used with ‘can'.

IV.) Stative verbs describe things that are not actions. Look carefully at these 2 sentences.

He smells of fish.
He's smelling the fish.

The second sentence is an action - not a state.
The man wants to know if the fish is OK to eat.

I think we should go to Croatia for our holiday this year.
Sorry, what did you say? I was thinking about my holiday.

Complete the sentences with a suitable form of one of the verbs. Two of the verbs won't be used.

Capital of the UK. 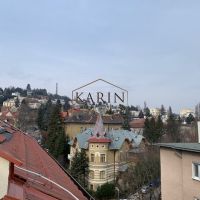 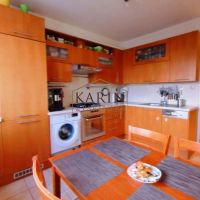