Up to 20 feared killed in Afghan avalanche

SALANG PASS - Up to 20 people were feared killed by either asphyxiation or from hypothermia after an avalanche blocked Afghanistan‘s Salang Tunnel during a howling blizzard, witnesses said. The Soviet-built tunnel, the world‘s highest at 3,363 metres, ...

SALANG PASS - Up to 20 people were feared killed by either asphyxiation or from hypothermia after an avalanche blocked Afghanistan‘s Salang Tunnel during a howling blizzard, witnesses said. The Soviet-built tunnel, the world‘s highest at 3,363 metres, was only re-opened last month after it was cleared of tonnes of debris left over from war in the 1990s. Shocked survivors stumbled to safety through waist-high snow drifts on Thursday to tell of a harrowing night spent in blizzard conditions in temperatures of minus 30 degrees Celsius.

The few rescue vehicles sent in to try help and clear the road quickly became stuck themselves.

Sebastien Trives, Afghanistan coordinator for the French aid agency Acted, said there were about 60 to 70 cars in the tunnel when avalanches blocked the southern entrance on Thursday. At least three people suffocated through carbon monoxide poisoning after trapped motorists kept their cars running to try to keep warm, he said. „The fact that our team was there meant that we were able to take out three casualties, people who had died from asphyxiation,“ Trives said after speaking to his team by radio. But more people died of hypothermia and exposure outside the tunnel. Survivors said many travellers had tried to sit the blizzard out, but by nightfall on Wednesday many thought their best hope was to seek shelter in nearby villages. A bulldozer sent by the demining charity Halo Trust had been frozen in temperatures of minus 20 degrees Celsius, aid officials said, adding that some parts of the road were buried under two metres of snow. U.S. military aircraft were flying over the site to assess the situation. A U.N. spokesman said heavy snowfall over the last few days over Afghanistan‘s mountains had cut off thousands of people from emergency food supplies. A spokesman for the U.N.‘s World Food Programme (WFP) said the closure of the Salang Pass would not affect its massive relief operation in Afghanistan. Food for southern and eastern Afghanistan was trucked in from Pakistan, while food for the north came through the former Soviet republics of Tajikistan, Uzbekistan and Turkmenistan, said WFP spokesman Khaled Mansour. But Mansour said heavy snow fall in Afghanistan‘s Central Highlands was causing problems for the relief operation, with a few remote villages accessible only by helicopter. 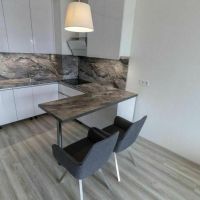 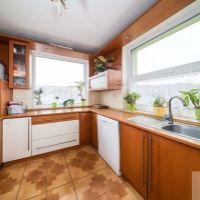