BRATISLAVA - An opposition-led bid to oust the Slovak cabinet‘s key reformer, harming EU entry hopes, will not succeed as his foes within the government will not back the move. On Wednesday, deputies from the HZDS party of authoritarian ex-Premier Vladimi

r Meciar called for the removal of Deputy Premier for Economy Ivan Miklos, blaming his reforms for lower economic growth and high unemployment. Parliament has scheduled a debate on a no-confidence motion against Miklos for February 13. Tension within the ruling coalition raised fears that the leftist SDL might vote with the opposition to oust Miklos, possibly forcing early elections and halting reforms key to Slovakia‘s hopes of joining the EU by 2004.

But a senior SDL leader Milan Istvan told Reuters on Thursday that despite disagreeing with Miklos‘s austerity measures and state sell-offs it would not back the move to oust Miklos. The latest bout of political uncertainty troubled markets on Thursday, pushing the crown currency lower against the euro and dollar.

The coalition has been on a knife-edge since SDL ousted its own appointee, Brigita Schmognerova, from the finance ministry against Dzurinda‘s wishes and tried to halt the privatisation of gas monopoly SPP, a central plank of government policy. The coalition will discuss the SPP sale one day before the no-confidence debate — raising speculation that a possible coalition row could sway SDL against Miklos.

SDL appears reluctant to trigger early elections, as recent polls show it would not clear the five-percent hurdle needed by parties to enter parliament. A general election is due to be held around late September. Miklos has dismissed the ouster attempt as „a thinly veiled attempt by the opposition to destabilise the government.“ After Schmognerova‘s departure last week, Miklos is seen by foreign investors as the remaining pillar upholding crucial economic reforms that helped pull Slovakia back from the brink of economic collapse after mismanagement under Meciar in the 1990s. The continuation of his reforms are seen as crucial in the coming months for Slovakia to finish EU entry talks by the end of this year and to win an invitation to join NATO. Reuters 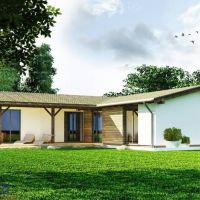 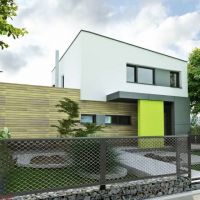