LONDON (Reuters) - Robbie Williams may be the hot tip to sweep the board at next week`s premier UK music awards, The Brits, but many pop stars have their sights set on a loftier goal - Third World poverty. Campaign group Jubilee 2000 will use the annual .

LONDON (Reuters) - Robbie Williams may be the hot tip to sweep the board at next week`s premier UK music awards, The Brits, but many pop stars have their sights set on a loftier goal - Third World poverty. Campaign group Jubilee 2000 will use the annual event as a springboard for its campaign to write off the debts of the world`s poorest countries. Any government ministers intending to grace the British music industry`s awards night on Tuesday should beware of embarrassing publicity stunts and lectures from the stage by members of the music business. Last year Danbert Nobacon, of anarchist band Chumbawumba, emptied a bucket of ice water over a furious Deputy Prime Minister John Prescott. Jubilee 2000 plans to present a petition of 22 million signatures to world leaders at the G7 summit of major industrialised countries plus Russia in Cologne in June and hope the pop stars` support will boost numbers. Campaign logos and the slogan "Drop the Debt" will appear on CD covers. Stars including Bono and U2, David Bowie, Robbie Williams, Prodigy and Annie Lennox have all shown their support by signing the petition or wearing a special lapel chain. Three of 1998`s hottest bands - Cornershop, Catatonia and Prodigy - have taken part in a film to promote the campaign. Muhammad Ali, the Dalai Lama and the Pope are also backers. Keith Flint, the wildman of chart-toppers Prodigy, who already has several parts of his body pierced, is having the words "Drop the Debt" tattooed on his back. Jubilee 2000 says: "If debt was cancelled now for 20 of the poorest countries, the money saved for basic health care could save the lives of about seven million children before 2000." As for the awards, former Take That star Robbie Williams, whose two solo albums sold more than any other act in Britain in 1998 after he battled back from drink and drug problems, has been nominated for six Brit awards. He is hot favourite to scoop the coveted best solo artist and best album awards. George Michael`s arrest for lewd conduct in a Los Angeles toilet has done little to harm his pop career. He is nominated for best British single and best British video for "Outside". Madonna`s return to the limelight with her critically acclaimed album Ray of Light puts her among the front-runners in the category of best international female artist. 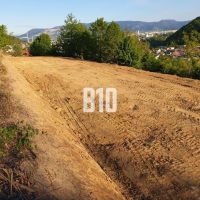 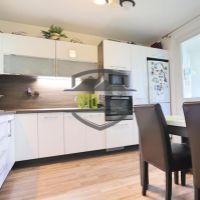