MOSCOW (Reuters) - President Boris Yeltsin vowed on Thursday to keep Anatoly Chubais and Boris Nemtsov in their jobs until the year 2000, a move plainly intended to shore up confidence in Russia's economic reforms. In televised remarks, Yeltsin

said people had attempted to unseat Chubais and Nemtsov from their posts as first deputy prime ministers to Prime Minister Viktor Chernomyrdin. "Undoubtedly, they have not made any attempt to rock the boat," he said, sitting at a Kremlin conference table with Nemtsov. "But others have." Yeltsin appeared to be referring to pressure from influential Russian tycoons to remove the pair, and particularly Chubais, from government altogether. "But once they (who make the attempts) run up against me they bounce back with the same force as they strike," Yeltsin said, adding Chubais and Nemtsov

needed to remain resilient. "I will stand my ground. I am telling you, both will continue working until the year 2000," he said, speaking slowly and deliberately. "Of course, it depends on what they want." Nemtsov and Chubais are widely respected in Western financial markets for their expertise and are regarded abroad as guarantors of Russia's transition to the free market, particularly at a time of financial turmoil in Asia. Many other Russians are less impressed but the domestic markets got a shot in the arm from Yeltsin's comments. The RTS, the main over-the-counter market, has lost much ground since the start of the year as Asian

woes spilled over into other emerging markets. To compound the mood of instability, Moody's rating agency has put Russia under scrutiny for a possible downgrade, a move that would dent Moscow's ability to raise funds abroad. Yeltsin announced last November he was stripping the two reformers of

their individual portfolios. But he deliberately retained them as first deputy prime ministers. Chubais had been finance minister and Nemtsov energy minister. The Kremlin chief noted on Thursday he had agreed to give Nemtsov at least two years in government when he invited him into the cabinet last March along with Chubais. The markets, and reforms in general, could be given a further boost later on Thursday if the State Duma lower house of parliament approves the third and decisive reading of the 1998 draft budget. The fourth and final reading is usually a technicality. Russia is operating

without a valid budget, but not for the first time. Until the new budget is approved the government simply allocates funds according to the previous 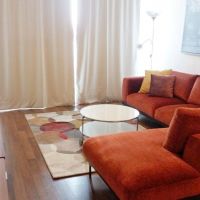 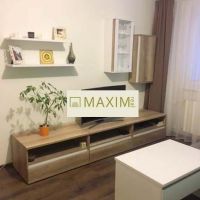