ist Slovakia for failing to respect democracy and the rule of law, and the president said their criticism was fair. "I am convinced that it is incorrect and misleading to cover up our deficit of democracy and our political mistakes by pointing to alleged bias from international organisations against us," Kováč said. Kováč's valedictory speech was boycotted by all but a handful of deputies from Mečiar's populist-nationalist coalition government. The president, whose term ends on March 2, was particularly scathing about the government's point-blank refusal to abide by rulings from the constitutional court with which it disagrees. "I have in mind anti-constitutional manipulation and thwarting the referendum in May last year," he said. The parliamentary opposition -- along with Kováč, who is a bitter political enemy of Prime Minister Mečiar -- attempted in a referendum last year to change the method of electing a president to a direct vote of the people. However, in a move which prompted sharp criticism from the EU and condemnation from the constitutional court, the government unilaterally withdrew the question on the presidency from the ballot paper. Slovakia now stands on the verge of a constitutional crisis, with Kováč about to step down and no political grouping in parliament strong enough to muster the three-fifths majority necessary to vote in a successor. The assembly is due to vote on Friday, but all sides agree that deadlock is inevitable and Kováč has acknowledged that Slovakia will be without a president when his term expires. Most presidential powers will then pass to Mečiar, who faces parliamentary elections in September, which opinion polls suggest he is likely to lose. However, in the absence of a president, the constitution does not provide for the naming of a new government or the resignation of the old one. The opposition says this is precisely the kind of situation the prime minister had in mind when he blocked last year's referendum. Mečiar denies the charge. Kováč has faced testing times as president, not

least because of a bizarre train of events ivolving his son, who was at one point mysteriously kidnapped and spirited away to Austria. In the latest twist, Michal Kováč junior was arrested in the Czech Republic on

Tuesday while on his way to Germany to contest fraud charges against him. 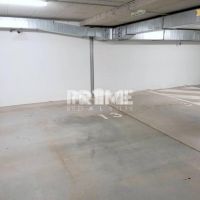 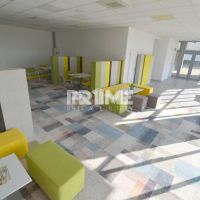