YAOUNDE - At least 14 people have been killed and 100 houses burned in communal clashes in Cameroon's Northwest Province. It said

troops intervened to stop fighting at the weekend between the Bafanj and Balikumbat people in Ngoketunja.

KHARTOUM - A Sudanese rebel leader who joined the government army has changed sides again and returned to the rebels.

NAIROBI - Millions of green grasshoppers have descended on Kenya, but an East African government programme is taking action against a more serious threat -- locusts.

funded the final stretch of the Trans Caprivi highway which will help link Namibia to its three landlocked neighbours in a southern African development corridor.

WASHINGTON - U.S. President Bill Clinton called for a "genuine diplomatic solution" to the crisis with Iraq as U.S. officials said Baghdad seemed to be getting the message that it must meet U.N. demands.

CAVALESE, Italy - Mourners filed sadly into church for a mass for the 20 people killed when a U.S. military plane snapped ski-lift cables in northern Italy.

NUREMBERG - Jobless Germans started to gather across the country to protest at what they said was the inability of Chancellor Helmut Kohl's government to to reverse soaring unemployment numbers.

WASHINGTON - Monica Lewinsky's attorney denied talks are under way to try to secure immunity from prosecution for the former White House intern in return for details of her relationship with President Clinton.

PARIS - The state of emergency imposed in Algeria six years ago may be lifted soon.

CAPE CANAVERAL, Fla - The Mir space station, with a multi-national crew aboard, was briefly set adrift when a crewman entered a wrong number into a computer.

LISBON - A mail transport plane crashed in the mid-Atlantic Azores islands and all seven on board, believed to be Bulgarians, were feared killed.

CARACAS - A Venezuelan judge said there was insufficient evidence on which to arrest 1996 Miss Universe Alicia Machado as a suspected accomplice in an attempted homicide.

learn the nature of the president's relationship with Monica Lewinsky.

BOGOTA - At least six people were killed and nearly 40 injured in one of Colombia's bloodiest prison riots since last April.

UNITED NATIONS - Cyprus told the United Nations the only purpose of a new air base in the south of the island was to defend against Turkey's occupation of part of Cyprus and its threats against Cypriot security.

WASHINGTON - The United States is urging Israel not to retaliate 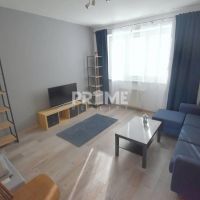 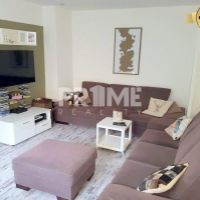