NAIROBI - Sudan`s government banned aid flights to its Bahr el-Ghazal region a day after an operation started to assist up to 150,000 people displaced by fighting.

CAPE TOWN - President Nelson Mandela will open parliament with what an aide says will be a candid review of progress and weaknesses during South Africa`s first four years of democracy.

VICTORIA, Seychelles - Seychelles President Albert Rene said the Indian Ocean archipelago will go to the polls from March 20 to 22 to elect a president and 33-member assembly.

TUNIS - Libya and Eritrea have agreed to establish diplomatic relations at the ambassador level.

DAR ES SALAAM - Five people were killed, including four Italian tourists, when a light aircraft crashed and burst into flames shortly after takeoff in northern Tanzania.

CHICAGO - Researchers said they had traced the very first case of HIV infection to a man living in what was then the Belgian Congo in 1959. They say their finding shows the human immunodeficiency virus that causes AIDS first showed up in people 10 to 20 years earlier than previously estimated.

HUNTSVILLE, Texas - Axe murderer Karla Faye Tucker was put to death by lethal injection, becoming the first woman executed in Texas since the Civil War. She moved her lips as if in prayer as she died and gave a soft moan.

COLOMBO - Sri Lanka celebrated its 50th independence anniversary amid fresh attacks by Tamil Tiger guerrillas in the eastern part of the island country.

GENEVA - Three European balloonists hovering over northern India looked close to ending their round-the-world bid as China maintained its refusal to allow them to cross its territory.

MOSTAR, Bosnia - An explosion rocked the Bosnian Moslem part of the ethnically divided town of Mostar night, killing one man and injuring another.

CAGAYAN DE ORO, Philippines - Air force pilots have traced the wreckage of a DC-9 plane that slammed into a mountain with 104 people aboard and officials held out little hope of finding survivors.

TEHRAN - A conservative Iranian newspaper called for the execution of a German businessman condemned to death in Iran for having sexual relations with a Moslem woman.

An army helicopter crashed in central Iran killing the pilot and two crew.

UNITED NATIONS - Newt Gingrich, the speaker of the U.S. House of Representatives, was invited by his Iraqi counterpart to inspect presidential sites for prohibited weapons.

WASHINGTON - U.S. businesses backed the Clinton administration`s controversial request to boost IMF funding, as long as the money is used to open markets in Asia and not to prop up their competitors. 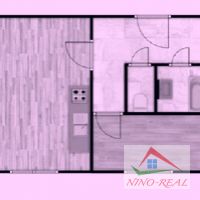 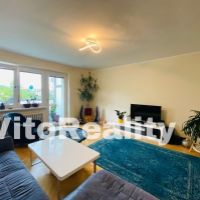