l figure whose administration has been accused in the West of restricting press freedom and on occasion failing to respect the rule of law. Nevertheless, he has dominated Slovak politics since the peaceful dissolution of Czechoslovakia in 1993, apart from a brief period in 1994 when he was unseated by Jozef Moravčík, a senior member of the Democratic Union (DU) which now forms part of the the chief opposition party, the SDK. The survey, conducted among a representative sample of 1,011 adults in the middle of January, put the combined support of opposition parties at 54.8 percent compared with 36.4 percent for the three-party coalition government. The poll suggested 10.5 percent would not vote and 15.9 percent were undecided. The opposition Slovak Democratic Coalition (SDK) remained the most popular political grouping with 32.5 percent while Mečiar's Movement for a Democratic Slovakia (HZDS) polled second with 22.7 percent. The opinion poll's findings are similar to others conducted towards the end of last year. Mečiar's government is a coalition formed between his own HZDS and the far-right Slovak National Party (SNS) and the far-left Workers Party (ZRS). According to the poll, the SNS would attract the support of 8.9 percent of voters but the ZRS would fail to cross the required five percent threshold for parliamentary representation with just 4.8 percent. If, as other polls have also suggested, the ZRS does fail to hit five percent, its votes would be spread among all parties which have crossed the threshold in proportion to the percentage of the overall vote obtained. This would be bad news for Mečiar, leaving HZDS with just one partner and pushing effective support for his coalition down to nearly 30 percent. The Slovak opposition comprises the SDK, a varied grouping of anti-Mečiar parties, the reformed communist Party of the Democratic Left (SDL) and the Hungarian Coalition (MK). SDL would attract the support of 11.4 percent of voters while the MK would get 10.9 percent. Despite the opposition's impressive showing, analysts say it is by no means clear whether they could unite to form a strong government. 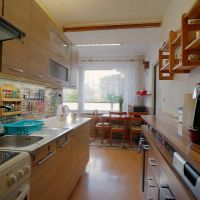 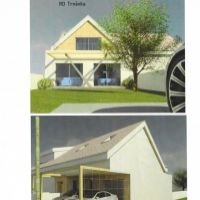