WASHINGTON (Reuters) - Garlic, reputed to lower cholesterol and ward off colds, may also keep the main artery to the heart soft and supple, researchers said. They said the aortas of people who took garlic pills were much more flexible than those of people

who did not. "The aortas of our 70-year-old subjects who took garlic were as elastic as the aortas of 55-year-old subjects who didn't take garlic," Harisios Boudoulas of Ohio State University, who helped coordinate the study, said in a statement. The research was funded by a German company that makes garlic pills, and published in the American Heart Association journal Circulation. The aorta is the main supplier of fresh blood to the heart. It naturally stiffens with age, which some doctors say could affect blood flow to the heart. Boudoulas, working with colleagues at the Center for Cardiovascular Pharmacology in Mainz, Germany, tested 200 German volunteers aged 50 to 80. Half took the pills and half took dummy pills for two years. The team then measured the pressure of the blood pumping through the aorta. On average people who took garlic pills showed 15 percent less stiffness. "The effect was larger than we had expected, and the effect was most pronounced in the older age groups," Boudoulas said. He pointed out that it probably did not matter whether people ate fresh garlic or took garlic supplements. "It's difficult to say at this time whether everyone should increase their garlic intake," he said. The next step was to see how the garlic might affect the aorta. Perhaps it improved the function of the endothelium, the tissue lining blood vessels, he said. Whether garlic affects cholesterol is still controversial. In 1996 a team of doctors at Oxford University found no difference between people with high blood cholesterol who took garlic pills and those who did not. 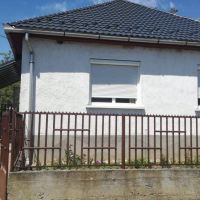