BONN (Reuters) - United Nations weapons inspector Richard Butler said on Friday he regretted the "fuss" that had been made about his wrongly interpreted remark that Iraq's Saddam Hussein could wipe out Tel Aviv. Butler, speaking after talks with German ..

BONN (Reuters) - United Nations weapons inspector Richard Butler said on Friday he regretted the "fuss" that had been made about his wrongly interpreted remark that Iraq's Saddam Hussein could wipe out Tel Aviv. Butler, speaking after talks with German Foreign Minister Klaus Kinkel, said his comments on Saddam's biological warfare capabilities had been misinterpreted by the New York Times. He told a news conference the paper had corrected its story and said he hoped that would end the affair. Russia, a key mediator with Iraq, blasted Butler on Thursday for the reported comment that Baghdad had enough biological material like anthrax or botulin to "blow away Tel Aviv". "I regret that such a fuss has been made of this," said the Australian diplomat, holding up a faxed copy of the New York Times's corrected story. "I was not saying that I knew all the secrets of Iraq's logistical capabilities," Butler said. Butler said he had been referring to the existence of special warheads that U.N inspectors had been unable to trace. These warheads could carry biological material. "It is theoretically possible that they could pose a threat to all kinds of places around Iraq," Butler said. Iraq fired Scud missiles at Israel and Saudi Arabia during the 1991 Gulf War after which the U.N. imposed sanctions and disarment provisions on Baghdad. He declined to speculate on what kind of action Western powers should take to force Saddam to allow his inspectors unrestricted access to sites of suspected weapons of mass destruction. Kinkel said he did not rule out military action if current U.S.-led diplomatic efforts failed. Kinkel said all political and diplomatic channels should be exhausted. But if this failed "naturally the military option cannot be ruled out," Kinkel told the same news conference. Butler said his talks with Kinkel were not in response to the present crisis with Iraq but had been planned before. "I am mystified as to why Iraq chose to plunge into a period of crisis and withdraw its cooperation last November," said Butler. He refused further comment on the crisis which has prompted U.S. Secretary of State Madeleine Albright to begin a tour of Europe and the Middle East to muster international support for further measures to force resumption of the inspections. 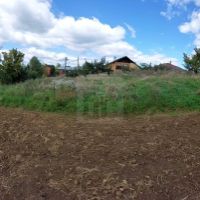 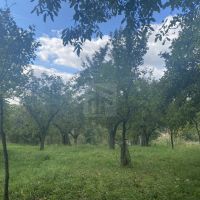