OCHODORORO, Kenya - Three people were killed and 12 wounded in western Kenya in clashes after a dispute between ethnic Luos and Kisiis over land and politics.

FREETOWN - A clash between soldiers loyal to Sierra Leone's military rulers and their Revolutionary United Front (RUF) allies over a truck of fertiliser killed at least three of the combatants.

BAGHDAD - Chief U.N. arms inspector Richard Butler said that Iraq had asked him to freeze attempts to inspect "presidential sites" until technical talks on disarmament end in April. He said that Iraq's Deputy Prime Minister Tareq Aziz "specifically asked me to freeze now any further approaches by way of inspection by UNSCOM to presidential and sovereign sites." He said he told Aziz the request "flies in the face of the (U.N. Security) Council's decision, and I cannot predict what the Council will make of it."

50 Jordanian convicts, freed by a general amnesty from Iraqi President Saddam Hussein, left the Iraqi capital for Amman in a convoy led by a prominent Jordanian opposition leader.

JAKARTA - Indonesia was sucked deeper into a financial and political morass by worries over indebtedness and instability in the huge Asian nation. The battered rupiah currency fell to a record low of 12,000 to the dollar from Tuesday's close of 9,850 and down 80 percent from about 2,400 six months ago.

WASHINGTON - Independent prosecutor Kenneth Starr is investigating whether President Bill Clinton and his close friend, Vernon Jordan, told a 24-year-old White House intern to lie about her relationship with Clinton. The Washington Post wrote a three-judge appeals court panel authorised Starr on Friday to expand his investigation into the failed Whitewater land deal to examine allegations of induced perjury, false statements and obstruction of justice involving the president.

SACRAMENTO, California - With Unabomber suspect Theodore Kaczynski found mentally competent, Judge Garland Burrell on Tuesday delayed deciding whether he can represent himself until moments before his trial could resume.

AMSTERDAM - Europe is scrambling to cope with renewed outbreaks of swine fever, but pork prices are expected to stay depressed unless the epidemic spins out of control and reduces pig numbers dramatically.

WASHINGTON - President Bill Clinton gave Israeli Prime Minister Benjamin Netanyahu a fresh proposal on pulling Israeli troops out of the West Bank, but the two did not reach a breakthrough on the long-overdue withdrawal.

ALGIERS - Algeria braced for more butchery as European Union envoys reported back to their capitals on a brief mission that underscored the relentless savagery of the crisis facing this country.

JERUSALEM Palestinian leader Yasser Arafat said he wanted to visit a U.S. museum devoted to the memory of Jews killed in the Nazi Holocaust, but Israeli Prime Minister Benjamin Netanyahu was dismissive.

PARIS - The European Human Rights Commission agreed to look into a complaint by nine Turkish Cypriots who say they were ill-treated by Cyprus police and expelled to the Turkish-occupied northern part of the island. 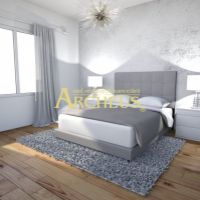 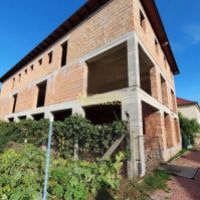