HARARE - Twenty-nine Zimbabweans trying to cross the flooded Limpopo River border to South Africa drowned on Sunday, bringing total drownings over the weekend to 36. The Zimbabwe Broadcasting Corporation quoted police as saying the 29 were led into the ..

HARARE - Twenty-nine Zimbabweans trying to cross the flooded Limpopo River border to South Africa drowned on Sunday, bringing total drownings over the weekend to 36. The Zimbabwe Broadcasting Corporation quoted police as saying the 29 were led into the river by a faith healer, who told them he had sought divine intervention to guide them across the river.

ZIGUINCHOR, Senegal - The Roman Catholic priest who is the figurehead of a bloody separatist revolt in Senegal's southern province of Casamance called for dialogue to end the long-running conflict.

BAGHDAD - Scott Ritter, the American head of a U.N. arms team whom Iraq has accused of spying, said Iraqi officials had prevented his group from carrying out its inspections for a second successive day.

HAVANA - Havana's archbishop Cardinal Jaime Ortega made his first appearance on state television and told Cubans that Pope John Paul's forthcoming visit to the island would be "a passage of God through our history".

LONDON - Britain welcomed in advance the expected decision by the European Commission to allow the first exports of beef since mad cow disease erupted nearly two years ago.

JERUSALEM- Israel's cabinet voted to hold onto large segments of the West Bank under any peace deal with the Palestinians, calling them "vital interests."

AMMAN - Palestinian President Yasser Arafat said he would seek U.S. pressure on Israel to implement commitments agreed under their peace accords when he meets President Bill Clinton next week.

JERUSALEM - A Palestinian human rights group said Israel's High Court had given the green light to the Shin Bet security service to torture Palestinian prisoners by allowing interrogators to use physical pressure.

METULLA, Israel - An explosion injured four people, one seriously, at Israel's northern border with Lebanon, Israeli security sources said. They said one of the wounded, a police sapper, was trying to investigate a "suspicious object" found near a crossing point for Lebanese civilians when the blast occurred.

QUETTA, Pakistan - An Afghan transport plane carrying at least 51 people crashed in border mountains in southwestern Pakistan and there was little hope of survivors.

TOKYO - A confidential report prepared by the International Monetary Fund (IMF) criticises Indonesian President Suharto's government for failing to enact reforms promised to the IMF, but also acknowledges that the Fund's strategy backfired.

BUCHAREST - Romania's year-old centrist government, its market reforms still far from established, hung in the balance with one of its four parties pondering whether to walk out.

PHILADELPHIA - Israel's ambassador to the United Nations said that his government was prepared to take tough and unpopular positions during upcoming peace talks in order to ensure the security of the Jewish state.

KINSHASA - Flood waters subsided in the sprawling riverside capital of the Democratic Republic of the Congo, after a day of heavy rains which killed at least three people and caused much damage in poor districts.

NIAMEY - At least four people were injured in Niger in a clash between fundamentalist Moslems and villagers opposed to their preachings. 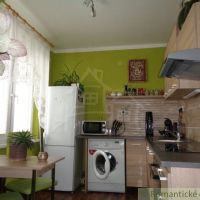 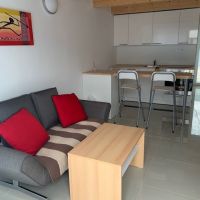