ROBBEN ISLAND, South Africa - South Africa's truth commission said it would ask the High Court to rule if it had acted wrongly in granting a controversial blanket amnesty to 37 top ruling ANC members.

NAIROBI - Scientists assessing an epidemic of haemorrhagic fever in northeastern Kenya said they were baffled by the high mortality rate in humans and animals, which was casting doubt on the suspected cause of death.

KINSHASA - The governor of Kinshasa told residents to stay at home after torrential rain flooded some districts of the sprawling riverside capital of the Democratic Republic of the Congo.

KINSHASA - Unidentified gunmen shot dead an International Committee of the Red Cross (ICRC) driver in broad daylight in the Democratic Republic of the Congo capital Kinshasa.

LAGOS - Thousands of people have been displaced by clashes between two communities in a remote district of northeastern Nigeria.

BAGHDAD - Iraq effectively halted the work of a U.N. arms team headed by an American it brands a spy, raising tensions in its latest standoff with the United States and United Nations over weapons inspections.

WASHINGTON - President Bill Clinton rejected Iraq's decision to halt the team's work and said Baghdad cannot "pick and choose" who is on the teams.

ALGIERS - The death toll in the weekend massacre of villagers in Sidi Hamed, south of Algiers, exceeded 400, making it the worst massacre in the country's six-year-old conflict.

TOKYO - A gunman who held a Tokyo stock exchange official hostage for nearly six hours was captured and his hostage released.

OCOSINGO, Mexico - Mexican police opened fire on rock-throwing demonstrators in Chiapas, killing a woman and injuring her 3-year-old daughter. The incident came as tens of thousands of people demonstrated in Mexico City against the Christmas week massacre of 45 Indians in Chiapas.

JAKARTA - Indonesia appeared to be limping back from the brink of economic disaster as it hosted a slew of visitors concerned about the crisis in the huge Asian nation.

JERUSALEM - The Israeli cabinet is meeting to nail down its security demands of the PLO, amid warnings by Prime Minister Benjamin Netanyahu that guerrillas may attack Israel before he meets U.S. President Bill Clinton next week.

BONN - Germany has agreed to establish a fund of 200 million marks ($110 million) which would for the first time compensate Jewish victims of Nazism in eastern Europe and the former Soviet Union.

POPAYAN, Colombia - A 24-hour protest at a prison in southwest Colombia ended peacefully as convicts released more than 560 hostages, most of them women.

WASHINGTON - Environmental activists said they had learned of secret plans involving France, Britain and Japan to ship deadly nuclear waste through the Caribbean and Panama Canal for the first time.

ANKARA - Turkish human rights activists said the government would bear full responsibility for any deaths among Kurdish hunger strikers after the cabinet said it would not give in to the prisoners' demands. 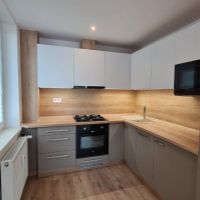 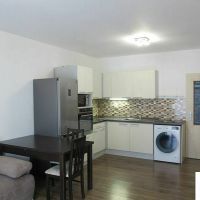