Narodna Obroda: SIS Discredits Itself by its Own Spokesman

BRATISLAVA (SITA) -- Christian Democrats' chairman Ján Čarnogurský announced that a Michal Hrbáček alias Hornik from Slovak Intelligence Service started working for the police and remains an agent for the SIS. Both institutions rejected this allegation.

While Slovak Police Corps Presidium spokesman Dušan Ivan only restricted himself to a brief denial of Čarnogurský's statement, SIS spokesman Miroslav Šášky who is in charge for public relations communicated a stance that real ly captured public attention. Contents of his announcement about for whom Hrbáček worked until fall 1996 and with whom he works now did not cause a sensation but the way in which an official of the SIS responded is worth attention. The SIS has not enjoyed good reputation at least since the day when its current director Ivan Lexa took over the top job. Public opinion polls revealed that the SIS has the reputation of the least trustworthy institution in the country. It has faced a suspicion of being behind the kidnapping of Michal Kováč Jr. to Austria and never managed to clear itself of this suspicion. The reverse is true; police inquiry saw two investigators taken off the case and other events in the course of the inquiry that cause well-grounded speculations about manipulating the inquiry. Also other cases were linked with Kováč Jr. abduction. Naturally, the SIS denied all the allegations, including claims that it is being misused in the political struggle. But Šášky himself cast doubts that the SIS is an apolitical institution. His stance does not sound as a statement by a state authority representative but as a sharp reaction by a political rival. Apart from a single sentence denying Hrbáček's SIS activities it only features assaults against the chairman of an opposition party. Sasky vividly recalled the times when he wrote for the pro-HZDS SLOVENSKA REPUBLIKA daily and thus the SIS official's standpoint only unveils to the public that Jan Čarnogurský again showed his "rebirth from an alleged Christian to an absolute crook," who did not hesitate to involve the SIS in his "pagan and conspiracy games" primitively stirring his pre-election soup. After several disputable allegations, Šášky adds that after having lost his moral inhibition, the doctor (Čarnogurský) faces intellectual deviations. After publishing the undoubtedly political stance, it will be increasingly difficult to persuade someone that this powerful state authority behaves apolitically. Those who are drawing up the SIS organizational scheme should re-name the function currently held by Šášky. The new name would be an official responsible for self-discreditation. 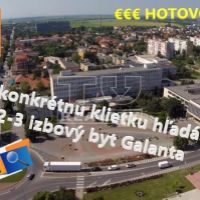 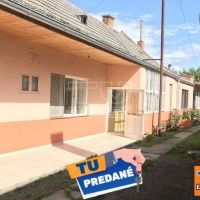