VILNIUS (Reuters) - Polling stations in the Baltic state of Lithuania opened on Sunday for a presidential election runoff which commentators say is too close to call. Two political novices won through from the December 21 first round -- former prosecutor

general Arturas Paulauskas with 45 percent of the vote and Lithuanian-American Valdas Adamkus with 28 percent. Opinion polls have given Adamkus a slight lead over Paulauskas for the runoff but they have also shown that around 14 percent of voters were undecided. The president's post in Lithuania is largely ceremonial but the holder appoints the prime minister and can send legislation back to parliament for amendments. The president is also expected to be Lithuania's voice abroad. Analysts say the contest in the former Soviet republic of 3.7 million people has more to do with personalities than policies. Paulauskas, 44, and Adamkus, 71, both support Lithuania's market reforms and its bids to join NATO and the European Union. The two men have benefited from the Lithuanian electorate's desire for fresh faces, the analysts say. This mood in the country pushed independence hero Vytautas Landsbergis, 65, into third place in the first round. The election campaign echoed some of the rhetoric of previous polls, with Landsbergis's Homeland Union and other right-wing parties portraying Paulauskas as a standard-bearer of the old communist era. Some 2.5 million Lithuanians are eligible to vote. Polling began at 7 a.m. (0500 GMT) and finishes at 9 p.m. (1900 GMT). 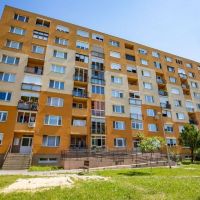 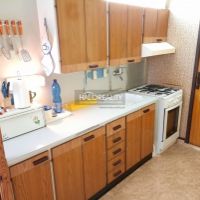