WARSAW (Reuters) - Nearly 116 years old, Janina Izykowska has suddenly become a celebrity after Warsaw realised the oldest person in Poland, and possibly in Europe, was living quietly in the city. Officials, checking that elderly residents were claiming .

WARSAW (Reuters) - Nearly 116 years old, Janina Izykowska has suddenly become a celebrity after Warsaw realised the oldest person in Poland, and possibly in Europe, was living quietly in the city. Officials, checking that elderly residents were claiming their rights to cheap shares under Poland's post-communist privatisation scheme, spotted her in a list which said she was born near Kiev in Ukraine on February 27, 1882, Izykowska, who has lived through wars, revolutions, Nazi occupation, communist rule and several redrawings of national frontiers, says her recipe for longevity is work and a stoical acceptance of good and bad. "I don't worry too much. I have that kind of a nature. Good is good, bad is bad, but I can bear it," the non-drinking, non-smoking Izykowska said in an interview on Thursday. As a young woman she sang in a church choir, married the organist, Antoni, and settled in Wolyn, an area in Ukraine where she lost her husband in 1942, during the Nazi occupation. "My husband died because there was nothing to eat, he was so badly nourished... but I just keep on living and living," said Izykowska, sitting, hands folded, on a bed in her granddaughter's house where she will spend Christmas. She remembers taking food to people hiding from the Nazi Holocaust in which most Polish and Ukrainian Jews perished. She had to flee Wolyn in 1943 when Ukrainian nationalists attacked Poles in the region, owing her survival in part to Ukrainian neighbours who sheltered her. Her only brother, who remained in the Soviet Union after the 1917 revolution, died in Siberia. Izykowska has outlived her three sisters and her two sons, but has a grandson living in Germany, a granddaughter and an great granddaughter of 24 who lives with her now. City officials have promised to try by her next birthday to fulfil one of her remaining dreams -- to get a larger ground floor flat instead of her tiny first-floor apartment. Asked by Polish reporters how it felt to be photographed like a beauty queen, she quipped: "Maybe I will get a car too, like Miss Poland." 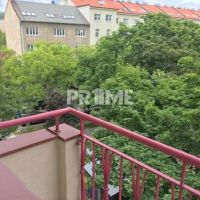 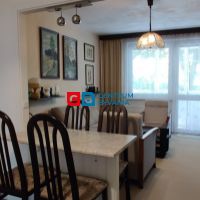