MAHE, Seychelles (Reuters) - The newly-crowned Miss World, Diana Hayden from India, said she woke up in the Seychelles on Sunday with "a big grin on my face". "Even in my wildest fantasies I never dreamed this," the 24- year-old brunette told reporters ..

MAHE, Seychelles (Reuters) - The newly-crowned Miss World, Diana Hayden from India, said she woke up in the Seychelles on Sunday with "a big grin on my face". "Even in my wildest fantasies I never dreamed this," the 24- year-old brunette told reporters the morning after she beat 85 other beauties to win the 47th Miss World title. Hayden said in the pageant hotel in Mahe, the largest of the 115 Seychelles islands. She was flanked by runners-up Lauralee Martinovich, 18, of New Zealand, and Jessica Motaung, the 24-year-old Miss South Africa. Motaung, a concert promoter, said her achievement was part of the changing focus of popular interest in South Africa away from politics and towards the leisure and entertainment business. Hayden denied at the news conference there was a conflict of interest because her Bombay company, BMG Crescendo, is linked to the major sponsor of the 1997 Miss World, the Dolphin Group, whose chief executive Ketan Somaia was one of the judges. Hayden explained why her name is not Indian. "I am Anglo-Indian somewhere down the line but I don`t know precisely." She said she would spend some of her prize money, about $100,000, building houses for her mother and aunt who live in southern India and buying a laptop for her young cousin. Asked about her Irish boyfriend, Mark Cohen, Hayden dismissed talk of plans for a quick marriage. Hayden was quizzed about relations between Dolphin and the company where she works as manager of Hindi pop singers Anaida and Mehnaz. Apart from Somaia, an Indian businessman with interests in East Africa, another judge was the former president of Seychelles, Sir James Mancham, described in the government newspaper Nation as a "special associate" of the Dolphin Group. Before the pageant Somaia announced his leisure group was investing $40 million in a tourism complex on Mahe`s north coast. The Indian Ocean archipelago, with a population of only 70,000, has carved itself a niche as an upmarket tourist destination, mostly for well-heeled Europeans. Julia Morley, whose husband Eric staged the first Miss World in London in 1951, said Hayden was "a winner in her own right" whose victory had nothing to do with her connections. Eric Morley confirmed that Seychelles had an option to stage Miss World next year but denied government spokesman Gilbert Pool`s earlier statement that a firm deal had been struck.

PHOTO: Miss India Diana Hayden poses for photographers after winning the Miss World Pageant, November 23. 86 women from around the world competed in this years pageant. 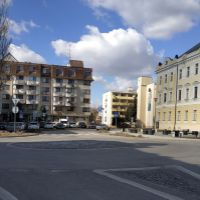 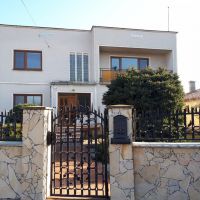