rs were also wounded in the attack, in the village of Beit Lif, three kms (two miles) north of the Israeli border inside the occupation zone. A few hours later Israeli warplanes struck suspected guerrilla bases in the region facing the area of the dawn attack, security sources reported. Pro-Israeli militia sources in the zone identified five of the dead as four-year-old Hana Zalghout, Said Hammoud, 80, Abdallah al-Sayyed, 60, Fatma Ayyad, 60, and Yaacoub Sayyed, 14. They said several wounded were taken to hospitals in Israel. The sources had no further information on casualties in the incident. No one immediately claimed responsibility for the civilian casualties but the Shi`ite Amal Movement said its guerrillas on Sunday morning shelled the joint Israeli-SLA outpost of Salaa`, near Beit Lif about the same time. The Israeli sources said the casualties were caused by mortar fire but anti-tank missiles might also have been fired. It was the first attack near the border after several weeks of relative quiet. On Saturday evening, Israeli forces killed a presumed Amal Movement guerrilla and wounded three in an exchange of fire inside the zone, the pro-Israeli militia sources said. Amal said it had lost contact with four of its guerrillas who attacked an Israeli patrol inside the zone on that evening. Pro-Israeli militia sources said one Israeli soldier was wounded in a separate attack on Sunday against the Israeli outpost of Ali al-Taher. In Beirut, the pro-Iranian Hizbollah said its guerrillas on Sunday attacked the joint Israeli and South Lebanon Army militia outposts of Teir Harfa, Hardoun, and Shamaa`, 12 km (seven miles) west of Beit Leif in the western sector of the zone. Israeli sources said in a separate attack a Katyusha rocket fired from south Lebanon slammed into Israel`s western Galilee but injured no one. Lebanese guerrillas are fighting Israeli troops and their local militia allies in the 15 km (nine mile)-wide occupation zone set up by Israel with the declared aim of guarding the Israeli border. 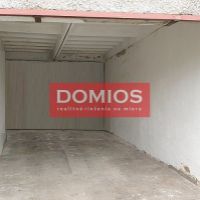 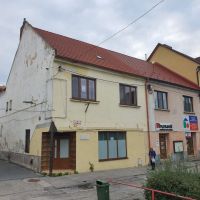