United Nations Arms Inspectors Back in Iraq on Friday, Including Americans

BAGHDAD (Reuters) - United Nations' arms inspectors, including Americans, arrived back in Iraq on Friday after an accord which a Baghdad newspaper hailed as a great victory over the "world oppressors in America". Although it appeared that the three-week .

BAGHDAD (Reuters) - United Nations' arms inspectors, including Americans, arrived back in Iraq on Friday after an accord which a Baghdad newspaper hailed as a great victory over the "world oppressors in America". Although it appeared that the three-week crisis was easing, the United States underlined its scepticism by moving more warplanes and ships into the Gulf. Baghdad expelled six American inspectors on November 13. The inspectors, numbering between 70 and 80, flew into Iraq from Bahrain to resume their monitoring of the destruction of Iraq's weapons of mass destruction. Iraq's ruling Baath party newspaper al-Thawra said Iraq scored "a great victory" over the United States when it brokered an accord with Russia allowing the inspectors to return. A Russian-Iraqi statement was issued in Baghdad and Moscow on Thursday after a middle-of-the-night meeting in Geneva at which the world's major powers demanded that Iraq allow the inspectors to return unconditionally. Iraq's official news agency INA quoted the statement as saying Russia would contribute to a rapid lifting of the sanctions imposed for Iraq's 1990 invasion of Kuwait, particularly on Iraq's oil exports. U.S. President Bill Clinton said he would "wait and see" if Iraq met a promise to comply fully and unconditionally with U.N. resolutions on the arms inspections. The U.S. aircraft carrier George Washington arrived in the Gulf overnight, a U.S. Navy spokesman at Fifth Fleet headquarters in Bahrain said on Friday. The United States now has about 150 aircraft in the Gulf aboard the two carriers and scores more at air bases in Saudi Arabia, Kuwait and Bahrain. Richard Butler, chairman of the U.N. Special Commission (UNSCOM) in charge of ridding Iraq of its weapons, said the U.N. Security Council had approved sending back 77 inspectors on Friday. The team would include a small number of Americans, he said. Iraq's U.N. envoy told the Security Council that weapons inspectors could return and resume their work. World oil prices, which fell on news of the breakthough, rose on Friday with Brent crude, the world benchmark grade, up 14 cents at $18.82 a barrel. The foreign ministers of the United States, Britain, Russia and France and a representative of China -- the five permanent members of the Security Council -- said in a statement after the Geneva talks that a meeting on Friday of UNSCOM would discuss ways to make its work more effective. They made no mention of an end to sanctions or expansion of an oil-for-food deal under which Iraq can sell a limited amount of oil to buy food and medicine for its suffering people. 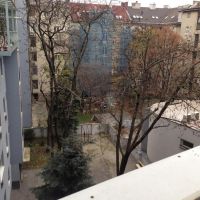 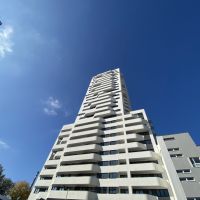