BRATISLAVA (Reuters) - A Slovak press campaign against a planned tax increase that would hit the retail price of many newspapers intensified on Monday, but a senior parliamentary official defended the move and said it was not politically motivated. Parlia

ment is expected to debate a proposal this week by the government of Premier V. Mečiar to increase value added tax to 23 percent from six percent on newspapers which carry more than 10 percent in advertising content. Publishers and the political opposition say the tax rise represents an attack on Slovakia`s mainly anti-government press which would be unable to bear the financial impact. "I do not see this as suppression freedom of speech... I am convinced it is not," Ivan Gašparovič, chairman of the Slovak parliament, told a news conference before the start of the assembly`s November session. Gašparovič, a member of Mečiar`s ruling Movement for a Democratic Slovakia (HZDS), defended the move but said he himself was still undecided as to how he would vote. The proposal has sparked criticism by domestic and foreign journalists` organisations and the country`s major newspapers launched a protest campaign last Thursday with a front-page statement by the Association of Newspaper Publishers. On Monday, the papers cleared half of their front pages to carry the text of a common protest statement, saying the blank space on the page would increase until it was completely blank on the day of the parliamentary debate, expected this week. "We call on parliament to reject the proposal, which is economically implausible and politically unjustifiable," the statement said. The Finance Ministry had originally proposed a VAT rise on papers with at least 50 percent advertising content, saying this was compatible with European Union legislation, but this was overruled by the cabinet. In 1995, the Mečiar government announced a substantial VAT increase on wholly or partly foreign-owned newspapers. This provoked a protest from independent Slovakian newspaper which appeared with blank front pages the day after the move was announced. The government withdrew the proposal. Last month, the state-run telecommunications authorities disconnected independent Radio Twist for a day for alleged non-payment of its bills. The station had been accused by Mečiar of biased reporting. 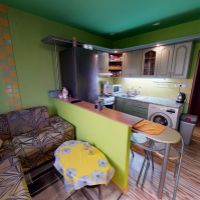 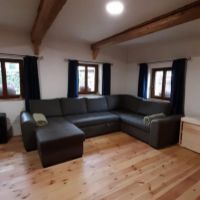