GENEVA - The United Nations said it had begun a food airdrop to 230,000 hungry refugees uprooted by flooding in southern Somalia.

NAIROBI - When Kenyans vote on December 29, President Daniel arap Moi will face a challenger for his parliamentary seat for the first time since 1969.

KYOTO, Japan - An historic deal to cut global greenhouse gas emissions was only hours away after Europe and the United States narrowed differences about the size of reductions but kept haggling how to implement them.

MOSCOW - A hijacker who seized a Russian passenger plane with about 140 people on board surrendered and freed all hostages.

ANKARA - Turkey's conservative prime minister looks certain to win a parliamentary challenge but the wrangle has renewed doubts over the shelf-life of his minority government.

TEHRAN - United Nations Secretary-General Kofi Annan agreed the third world should have greater representation in the Security Council but quashed the idea of a permanent seat for the world's Moslems.

BALTIMORE - Tests to replicate conditions in the fuel tank of TWA Flight 800 show the tank was ripe to explode, a hearing of the National Transportation Safety Board was told.

TEHRAN - Moslem leaders were due to debate deadlocked Middle East peace efforts on Wednesday in a closed session on the second day of an Islamic summit.

BELGRADE - International observers at this week's Serbian presidential elections declared them fundamentally flawed, but Belgrade authorities say this does not make the vote invalid.

WASHINGTON - The United States embraced a call by Iranian President Mohammad Khatami for a dialogue among civilisations and renewed its offer to hold talks with an "authorized" Iranian government representative.

MARRAKESH, Morocco - Experts in Morocco were tracking British tycoon Richard Branson's rogue balloon over Algeria, hoping to recover it and put back on track his bid to fly non-stop around the world.

ABIDJAN - Cheaper AIDS drugs will arrive in Africa from January under a controversial UNAIDS pilot project but critics say the large sums of money involved could be better spent on the hunt for a vaccine. 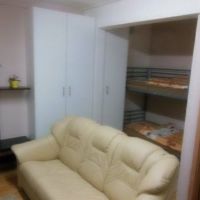 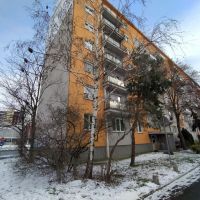