LONDON - A couch-potato lifestyle that raises the risk of obesity begins early in life and is evident in children as young as three years old, Scottish researchers said. Many young children spend only about 20-25 minutes a day doing vigorous physical ...

Children from schools in the Waltham Forest area take part in a mini Olympics in support of London's 2012 Olympic bid, in East London January 15, 2004. The nine cities competing to host the 2012 Olympic Games submitted their plans to the International Olympic Committee on Thursday.
PHOTO - REUTERS

LONDON - A couch-potato lifestyle that raises the risk of obesity begins early in life and is evident in children as young as three years old, Scottish researchers said. Many young children spend only about 20-25 minutes a day doing vigorous physical activity instead of the recommended 60 minutes, according to scientists at the University of Glasgow. „Public-health interventions are needed urgently, and these must involve population-based strategies that increase physical activity, reduce sedentary behaviour, or both, early in life," said the university's Professor John Reilly.

Nearly 16 percent of children between the ages of six and 16 in Britain are obese and health officials have warned that levels could rise. Unhealthy food, decreasing exercise and too many hours in front of the television or playing video games have been blamed for the alarming rise in overweight and obese children. Childhood obesity increases the risk of youngsters suffering type 2 diabetes and later in life of developing heart disease and certain types of cancer, or of having a stroke. Reilly and his colleagues, who reported their findings in The Lancet medical journal, measured the total energy expenditure (TEE), physical activity and sedentary behaviour of 78 three-year-old children and repeated the measures two years later. „We have shown that levels of TEE were low at age three and five years in both sexes, especially in girls," said Reilly.

In a commentary on the research, James Hill of the University of Colorado Health Sciences Center in the United States said action is needed to prevent weight gain in children. „Increasing physical activity must be part of any national prevention efforts for weight gain. Changing behaviour to prevent weight gain will be easier than treating obesity once it is established," he said. REUTERS 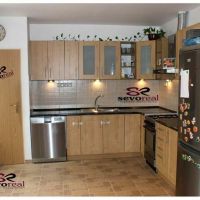 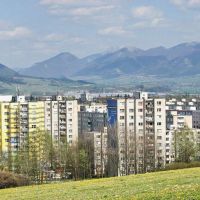