WASHINGTON - James Hewitt, the British tank squadron leader who claims to have had a five-year affair with the late Princess Diana, said that he would sell her love letters. „Yes, I was interested when someone offered me a large sum of money,“ Hewitt 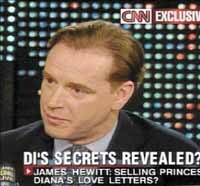 In an exclusive interview, James Hewitt, former lover of the late Princess Diana, appeared on CNN‘s Larry King Live January 8, 2003. During the live, one-hour interview, Hewitt discussed his relationship with the princess, the controversy over his going public with her personal correspondence and recent press reports of his attempts to auction the letters. PHOTO - REUTERS

WASHINGTON - James Hewitt, the British tank squadron leader who claims to have had a five-year affair with the late Princess Diana, said that he would sell her love letters. „Yes, I was interested when someone offered me a large sum of money,“ Hewitt said in answer to questions from CNN host Larry King. „And you would be interested if you got an offer tomorrow?“ King continued. „Yes, I would be,“ Hewitt replied. „But what you will do with the money you will not say?“ King asked. „An awful lot of good can be done with the money.“ Hewitt said. When asked if he would use it to „do a lot of good,“ he replied that he would.

At some point in the one-hour program, Hewitt said an article in London‘s „News of the World“, which quoted him as saying the letters would bring 10 million pounds (about $15 million) „is not absolutely accurate.“ Hewitt was reportedly offered four million pounds (about $6 million) for 10 of the „most salacious“ of the 64 letters from Princess Diana. The letters „are in a safe place abroad,“ Hewitt told King. King asked: „And are they for sale? Will you sell them? If someone is looking at tonight, with that kind of money to buy them, are you available to sell them? Do you want to sell them?“

„Yes, I would be available to sell them,“ Hewitt replied. Asked if the purchaser could do with them as he or she pleased, Hewitt replied that he would not suggest that. „Would you stipulate that they could not be shown?“ King asked. „Yes,“ Hewitt replied. „There would be certain stipulations. I mean, ideally, I think it would be to a private collector. I mean. I think that it‘s important to understand that they are or will become important historical documents.“

King suggested that a museum would want to display them. To that, Hewitt replied: „Well, eventually, yes. Eventually. I think that‘s quite important. … But I‘m open to suggestions, you know.“ In other parts of the hour, Hewitt related how he started an affair with the princess when he was her riding instructor. The letters were written while Hewitt was with the British forces in the Gulf War. Reuters 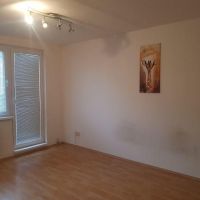 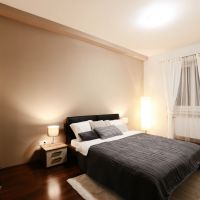