BRATISLAVA - The Slovak parliament approved a plan on Thursday to hold an early election in June which may end the eight-year reign of centre-right economic reformer Mikulas Dzurinda. Dzurinda's government had been losing support through defections and ..

BRATISLAVA - The Slovak parliament approved a plan on Thursday to hold an early election in June which may end the eight-year reign of centre-right economic reformer Mikulas Dzurinda. Dzurinda's government had been losing support through defections and sleaze scandals over several years. The prime minister proposed the early polls this week when a walkout of another junior coalition partner pushed the minority government to the brink of collapse. All parties agreed to hold the polls on June 17, and the parliament approved a law cutting the election term on Thursday with 143 votes, all those present in the 150-seat assembly.

"The agreement on election will help preserve Slovakia as a stable country, and will help us avoid turbulences that could hurt the economy and Slovakia's reputation," Dzurinda told lawmakers shortly before they cast the vote. Dzurinda's liberal tax and labour reforms turned Slovakia from the pariah it was under his predecessor, the strongarm leader Vladimir Meciar, into an investors' darling. Slovaks joined the European Union and the economy has been booming, but Slovaks have grown tired of bickering in the coalition, tax hikes on fuel and food and perception of wide-spread corruption.

Opinion polls show the leftist opposition Smer has the support of 31-37 percent of Slovaks, far above Meciar's leftist opposition HZDS with 13 percent and Dzurinda's 9-11 percent. Smer says the reforms have benefited the rich at the cost of the poor majority, and promises to roll some of them back. But with eight parties standing chances of winning parliament seats, Smer cannot be sure it will be in government.

"Eight parties is a great complication for creating homogenous coalitions, it creates a great number of options," said sociologist Pavol Haulik, head of the polling agency MVK. Analysts said Dzurinda has the biggest potential to gain additional voters thanks to his decisive move and a tough stance on religious

issues against the coalition partner, the Christian Democrats (KDH), which led to disintegration of the

coalition. The HZDS has in the past supported Dzurinda in some reform votes and offered to back his crumbling cabinet earlier this week, and analysts said they may work together in some form. 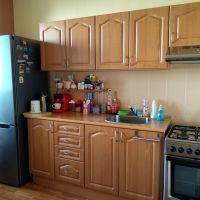 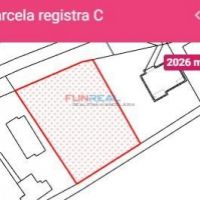