MOSCOW - The European Union launched its first Galileo navigation satellite on Wednesday, moving to challenge the United States' Global Positioning System (GPS). Russian space agency Roskosmos said the 600 kg (1,300 lb) satellite named Giove-A (Galileo In-Orbit Validation Element) went into its orbit 23,000 km (15,000 miles) from the earth after its launch on a Soyuz rocket from the Baikonur cosmodrome in the middle of Kazakhstan's steppe. The 3.6 billion-euro ($4.27-billion) Galileo programme, due to go into service in 2008 and eventually deploy 30 satellites, may end Europe's reliance on the GPS and offer a commercial alternative to the GPS system run by the U.S. military.

"Radio-navigation based on Galileo will be a feature of everyday life, helping to avoid traffic jams and tracking dangerous cargos," said EU Transport Commissioner Jacques Barrot in a statement. The GPS is currently the only worldwide system offering services ranging from driver assistance to search-and-rescue help. Critics say its services for civilians offer less precision than those for military or intelligence purposes. Galileo's accuracy in positioning is to be one metre

(3 feet) or less, while the GPS's precision is more than 5 metres. EU officials also say Galileo would never be switched off for strategic reasons, which might be the case with the GPS.

If successful, the satellite will mark a major step in Europe's biggest ever space programme, involving firms such as European aerospace giant EADS, France's Thales and Alcatel, Britain's Inmarsat, Italy's Finmeccanica and Spain's

AENA and Hispasat. Galileo's critics say it is an unnecessary exercise in political grandeur, which is unlikely to be commercially viable, as GPS is free of charge and will soon be upgraded. But advocates point to its future role in Europe's new air-traffic system and plans to integrate it with mobile telephone services, which should provide ample business opportunities. The system will be organised as a public-private partnership, with the Commission wanting two-thirds of the funding to come from industry and the rest from public coffers. Galileo, which is developed with the help of several non-European countries including Ukraine, Israel and China, will create about 140,000 jobs in Europe. The European

Union and the United States clinched a deal last year on making Galileo compatible with the GPS. The Giove-A satellite will test key new technologies such as on-board atomic clocks, signal generators and user receivers. Reuters 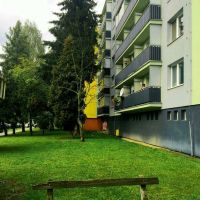 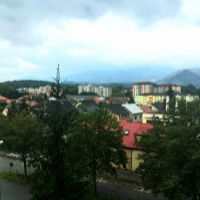