NIAMEY - A court in Niger freed former prime minister Hama Amadou on bail after a week in detention on suspicion of hatching a plot to assassinate President Ibrahim Bare Mainassara.

MADRID - A Basque town councillor from Spain's ruling party was killed in a car bombing on Friday morning in an attack that authorities blamed on the guerrilla group ETA.

SINGAPORE - A 340-point stock market plunge and a seven-year low for its sagging currency this week has shattered Singapore's reputation as a safe haven from Asia's financial maelstrom.

ALGIERS - Algeria agreed to a European Union fact-finding mission after intense international pressure over the massacre of up to 1,000 civilians in 10 days but held its ground that talks should focus only on defeating "terrorism".

PERTH - China's swimming team faced new calls to be expelled from the World Swimming Championships after breaststroke swimmer Yuan Yuan was caught by customs officials with 13 vials of a suspected growth hormone.

WASHINGTON - The Federal Aviation Administration has ordered immediate checks of some Boeing 737 aircraft as a precaution after a mysterious crash last month in Indonesia.

LONDON - The British minister trying to steer a threatened peace process through the shoals of Northern Irish politics will visit the province's toughest jailed guerrillas to demand their vital goodwill.

ROME - Police chiefs from Europe and Turkey have agreed to beef up controls of immigrants at borders in response to an influx of Kurds into Italy, and Rome said the EU should reconsider opening membership talks with Ankara.

BAGHDAD - Iraq, which is facing U.S. military forces stationed in the Gulf to ensure it complies with United Nations arms sanctions, has been cooperative with U.N. weapons experts since a standoff in November.

WASHINGTON - The United States said it would keep a major military force, including two aircraft carriers, poised near Iraq as long as Baghdad refused to fully comply with U.N. arms sanctions.

NEW YORK - A federal judge has condemned Ramzi Ahmed Yousef as an "apostle of evil" and sentenced him to life in prison for masterminding the 1993 World Trade Center explosion and a plot to bomb a dozen U.S. passenger jets.

CHICAGO - Physicist Richard Seed said that he foresees as many as 200,000 human clones a year once his process is perfected, at a price for each clone far lower than the $1 million the first one will cost.

NAIROBI - Kenyan President Daniel arap Moi has named a new cabinet, replacing his finance minister with a party hardliner and delaying the appointment of an official deputy head of state.

WASHINGTON - The Clinton administration recently proposed to the government of Iran that face-to-face talks be held, making a written overture through a sensitive diplomatic channel, The Washington Post reported. 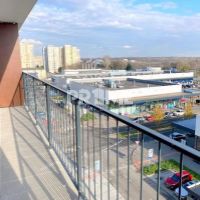 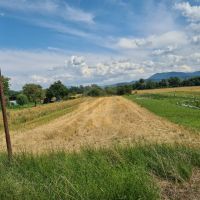