BERLIN - In a potentially explosive case that harks back to the Cold War, a Berlin court is set to try five people for what prosecutors describe as act of "state terrorism" by Libya against the United States military.

JERUSALEM - Israel said it had arrested a number of Palestinian activists in the West Bank.

GAZA - An Islamic Jihad activist in the Gaza Strip said he had launched an open-ended hunger strike over Israel`s detention without trial of a Palestinian woman affiliated with the militant group.

TEHRAN - Eleven European Union envoys returned to Tehran, more than six months after they were withdrawn in a row between Iran and Germany.

NICOSIA - Greek Cypriot students took to the streets in the capital Nicosia to condemn the existence of the breakaway Turkish Cypriot state in northern Cyprus.

NAIROBI - The death toll from floods in Somalia has topped 500 and relief workers are worried about outbreaks of cholera and other diseases in the coming weeks.

ABUJA - Nigeria`s political parties were split over whether they could accept military ruler General Sani Abacha as a single candidate for elections.

NEW DELHI - Junior Indian Defence Minister N.V.N. Somu died when the helicopter in which he was travelling crashed in the northeastern state of Arunachal Pradesh, officials said. Two pilots and a major general were also killed.

WOLFSBURG, Germany - Volkswagen AG confirmed that it was in the running to buy Rolls-Royce Motor Cars and a German newspaper said VW had already won the takeover race.

TORONTO - Canada`s 45,000 unionised postal workers decided not to strike over pay and job security despite an outright rejection of their latest offer to Canada Post Corp.

DOHA - A Middle East and North Africa economic conference staggers ahead next week but the seats of key Arab nations will be vacant because of frustration over lack of progress in the peace process with Israel.

SEOUL - South Korean riot police detained about 300 protesting employees of the central Bank of Korea when they tried to enter the National Assembly building.

KARACHI, Pakistan - A Pakistani official said that the "terrorist" killings of four U.S. oilmen were a botched attempt to wreck visits by U.S. Secretary of State Madeleine Albright and President Bill Clinton.

WELLINGTON - Mercurial politician Winston Peters said his New Zealand First party would decide on Saturday if it can remain in government once Jenny Shipley takes over as prime minister. 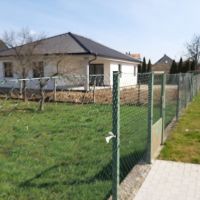 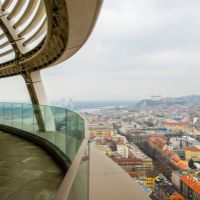