JERUSALEM (Reuters) - Israeli leader Benjamin Netanyahu will visit the United States next week without meeting President Bill Clinton, an apparent signal that peace talks with the Palestinians are going nowhere fast. "For the time being no such meeting ..

JERUSALEM (Reuters) - Israeli leader Benjamin Netanyahu will visit the United States next week without meeting President Bill Clinton, an apparent signal that peace talks with the Palestinians are going nowhere fast. "For the time being no such meeting has been set," Netanyahu's office said after issuing a statement announcing he would be in Britain from Wednesday until Sunday then fly to the United States to meet Jewish groups. Israeli officials shrugged off any suggestion of tensions and blamed a simple scheduling conflict. But an Israeli official said previously that Clinton had been linking any summit to progress in peace talks. U.S. presidents routinely meet Israeli leaders on such trips. Israel receives $3 billion a year in U.S. aid, more than any other country. David Bar-Illan, Netanyahu's communications chief, said the two leaders would meet as soon as their schedules permitted. "The matter was extraneously blown out of proportion," a cabinet statement quoted Foreign Minister David Levy as saying. U.S. Secretary of State Madeleine Albright meets Netanyahu in London on Friday and Palestinian leader Yasser Arafat in Switzerland on Saturday on contentious issues left unresolved by a round of peace talks last week in the Washington area. Israeli-PLO talks have been in crisis since Netanyahu began work on a Jewish settlement in Arab East Jerusalem eight months ago. Palestinian suicide attacks that have killed 24 Israelis have deepened the stalemate. Levy was in Washington to take part in the four days of talks last week and rejected Arafat's assertion on Saturday that they achieved nothing. The talks were clouded not only by deep Palestinian mistrust of the right-wing Netanyahu but also doubts over whether Levy, widely viewed as a moderate, had a mandate to make deals. In a further sign of difficulties in U.S. Middle East peacemaking, Levy said it might be pointless for him to attend a U.S.-backed economic conference in the Gulf next week which Arab participants are threatening to boycott. "I have yet to determine a stance. We are examining whether it has a chance from a political aspect," Levy said when asked if he would head Israel's delegation to the three-day meeting in the Qatari capital Doha starting next Sunday. "There is no point travelling to Doha - with all of its importance - just to be present there," Levy told the radio. Officials said they were expecting only three other countries to be represented at the foreign minister level. The United States said last week it aimed to coax Arab states to attend the conference aimed at integrating Israel into the region. A reluctant majority, including U.S. allies Egypt and Saudi Arabia, oppose Israeli policy on peacemaking. Most Arab states view Netanyahu as the key obstacle to Arab-Israeli peace talks. Some have linked their attendance and level of participation to progress in peacemaking. Officials expect 900 business executives from around the world to attend the fourth annual conference along with Albright and other officials. Levy attended last year's Middle East and North Africa economic conference in Cairo but only for a day, insisting the meeting lacked a political dimension. 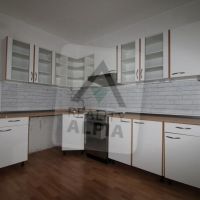 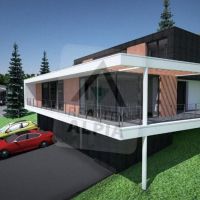