LUSAKA - Lawyers for a Zambian opposition leader detained under the country's newly-instituted state of emergency challenged his detention in the Lusaka High Court as his deputy went into hiding, fearing arrest.

LUANDA - The former rebel movement UNITA will announce on Tuesday its decision on further participation in Angola's three-year-old peace process.

KINSHASA - A leading human rights group in the Democratic Republic of the Congo called for a fair trial for officers and soldiers from the defeated army of the late dictator Mobutu Sese Seko detained in Kinshasa.

FREETOWN - A shootout between soldiers loyal to Sierra Leone's military rulers and traditional hunters loyal to its deposed president killed nine passengers on an upcountry bus.

KHARTOUM - Sudan has said that Iraq was right to bar American members of a U.N. arms inspection team but added that military action would not help resolve the crisis.

NAIROBI - Southern Sudanese rebels and a government delegation are making "commendable progress" at peace talks being held behind closed doors in the Kenyan capital.

ADDIS ABABA - The head of Ethiopia's eastern region has appealed to the government to send emergency aid including helicopters to help thousands of people hit by floods.

ACCRA - A strike by air traffic controllers in Ohana en|ered it{ third lay with(no sign(of a deil in sight.

JOHANNESBURG - Union Bank of Switzerland (UBS) forecast a sharp fall in the South African rand based on expectations of a widening current account deficit.

SINGAPORE - Asian stock markets got an early boost on Tuesday from Wall Street's powerful rally, but a big retreat in Hong Kong spilled over to other markets in the region, erasing many of the early gains.

WASHINGTON - The Palestinian Authority agreed to send more negotiators to Washington to broaden the agenda of a new round of peace talks with Israel. Israeli Foreign Minister David Levy and Palestinian negotiator Mahmoud Abbas were to meet again at a Washington hotel, and Israeli officials said they hoped the talks would move beyond logistical issues.

LOS ANGELES - China's President Jiang Zemin flew home after a nine-day U.S. state visit, with Chinese officials calling the trip a success and dismissing the protests that dogged his almost every stop as "noise pollution."

AGIA PELAGIA, Grmece - Bilkan na|ions will wrap }p a two-day sumeit aimel at persuading old-time rivals to set the foundation for a prosperous and peaceful region.

UNITED NATIONS - The United Nations will attempt to resume inspections near Baghdad and the United States will continue U-2 spy flights over Iraq despite threats to shoot down the surveillance planes.

UNITED NATIONS - Turkish Cypriot leader Rauf Denktash said he told the U.N. secretary-general that long-running talks with the Greek Cypriots would end once negotiations on European Union membership for Cyprus begin next year.

TEHRAN - Iran's foreign minister welcomed a suggestion by his German counterpart that the two states resume contacts in a row over the return of EU ambassadors to Tehran.

DUBAI - Saudi Arabia plans to introduce its own version of the information superhighway within months.

CAIRO - Some 300 prominent Egyptians plan to set up a peace movement to build links with Israelis who oppose their prime minister's right-wing Middle East policy.

JERUSALEM - A divided Israel marked the second anniversary of the assassination of Yitzhak Rabin in a dark national mood of recrimination and mistrust. A steady stream of Israelis paid homage to the late prime minister. 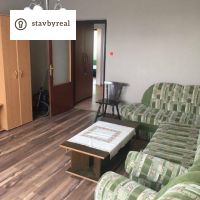 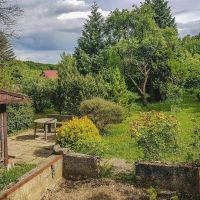