MAFIKENG, South Africa - Nelson Mandela has relinquished control of the ruling ANC as he heads to retirement, bowing out with a speech that has rekindled argument over how reconciled South Africa's races really are. At the 50th conference of the African .

MAFIKENG, South Africa - Nelson Mandela has relinquished control of the ruling ANC as he heads to retirement, bowing out with a speech that has rekindled argument over how reconciled South Africa's races really are. At the 50th conference of the African National Congress, Mandela handed leadership to his deputy Thabo Mbeki and with it a bitter pill for the white minority population to swallow.

LAHORE, Pakistan - A judge allowed the ruling party's candidate back in the presidential election race, suspending his rejection by the election commission.

BANJA LUKA - The international community will take steps to form the Bosnian Serb republic's assembly if Serb parties fail to do it.

NEW YORK - Two Jewish women who survived the Holocaust during the Nazi-backed Vichy government in France are suing nine banks for an accounting of money seized during the Second World War.

KINGSTON, Jamaica - Jamaica's elections, which returned the ruling People's National Party to power for an unprecedented third consecutive term, were generally fair but had "some serious problems".

GEORGETOWN, Guyana - Janet Jagan, the American-born widow of Guyana's late leader Cheddi Jagan, was sworn in as the first woman president of the former British colony in only its second democratic election.

DENVER - Jurors deciding the fate of accused Oklahoma City bomber Terry Nichols chose to take the weekend off and left early in their fourth day of deliberations.

KUWAIT - Gulf Arab leaders arrive in Kuwait for an annual summit which is due to review their policy towards regional powers Iraq and non-Arab Iran.

WASHINGTON - The financial crisis in Asia could deepen and spread in the months ahead, the International Monetary Fund (IMF) said in a report urging developing countries to brace against the economic fallout.

BAGHDAD - Iraq will not remain idle if the United States continues to place obstacles in the path of the lifting of U.N. sanctions on Baghdad.

SUKAMAJU, Indonesia - Searchers scoured the mud bed of an Indonesian river for the remains of a Singaporean airliner which crashed with the feared loss of all 104 people aboard, after exploding.

ANO MILIA, Greece - All 70 passengers and crew on a Ukrainian airliner that crashed and burned up at the foot of Mount Olympus four days ago were found dead.

LIMA - Peruvian President Alberto Fujimori told regional generals they had to leave the capital, amid signs of a growing rift between the senior military and the government.

MOSCOW - Russian commandos freed a Swedish diplomat in Moscow from the clutches of a hostage taker, but lost one of their most experienced colleagues who had taken the diplomat's place, in a shootout.

VIENTIANE - Laotians headed to the polls to vote for the fourth time since the ruling communist party took over 22 years ago. 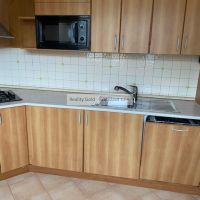 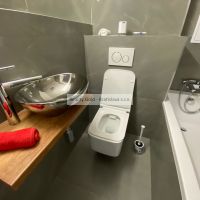 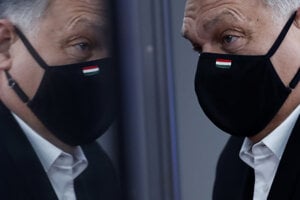