SAN FRANCISCO - Underneath the muscles and the makeup, filmdom's „Terminator" really sees himself as the Master Salesman. In a few words, Arnold Schwarzenegger zeroed in on Tuesday night on what may prove his greatest strength, an ability that may make ..

SAN FRANCISCO - Underneath the muscles and the makeup, filmdom's „Terminator" really sees himself as the Master Salesman. In a few words, Arnold Schwarzenegger zeroed in on Tuesday night on what may prove his greatest strength, an ability that may make him a successful governor of California despite no previous experience in office. „I am a salesman by nature," the former Mr. Universe and film star said in his first State of the State Address to the California legislature, an address televised around the world. „And now most of my energies will go to selling California," he said before naming two of his box office duds.

Schwarzenegger's ability to promote himself has proved one of his greatest talents in bodybuilding, acting and politics. Reg Park, a former bodybuilding champion and film actor who has known Schwarzenegger since he was 19, said that without the self-promotion skills he would never have succeeded -- even if he was the world's greatest bodybuilder. „Then he wouldn't have sold himself, would he? Let's be honest about it," Park, 75, said in a telephone interview. „His personality and appeal and charisma, all these things. In movies you've got people who've got lots of talent like the Shakespearean actors, but they go on screen they don't have it. The guy has it, you've just got to acknowledge the fact."

George Butler, the filmmaker whose movie „Pumping Iron" helped create the Arnold myth, said Schwarzenegger's publicity savvy helped save the movie. „I had a terrible time financing 'Pumping Iron' and our last gasp was just trying to show we could get a crowd anywhere, any time," he said.

Although California is world renowned as the land of Hollywood dreams and Silicon Valley technology, it struggles with a sluggish economy and has the worst bond rating of any U.S. state.

„The senior manager, the senior executive does have to be a sales person. No one can speak with more authority," said David Stewart, deputy dean of the University of Southern California's Marshall School of Business. „It's a very import role for the governor, particularly in a state that is having some economic problems and really in some ways needs to sell itself."

Schwarzenegger's main pitch to voters in coming weeks will seek backing for a record $15 billion bond to fund past debt. Yet promotion -- even if done by a master -- has limitations. When Schwarzenegger campaigned in November to seek voter backing for the $15 billion bond, a miffed legislature rejected the measure. Legislators relented only after he spent a week engaging in old-fashioned back-room compromising. Likewise, the governor will have to deliver on some of his reforms to continue to attract business to California. „I don't think businesses will come here if they don't have a reasonable expectation of lower taxes, reasonable workers' compensation expectations and so forth," said Julie Ponzi, a fellow of the Claremont Institute, a conservative Californian think tank. Some say Austrian-born Schwarzenegger's greatest salesmanship may lie ahead of him -- if he were to advocate a repeal of the U.S. Constitution's ban on foreign-born presidents.

„I'm going to throw something in the ring and say that he could finish up the president of America," friend and mentor Reg Park said. „I know you've got a constitution. A constitution is man-made and the constitution can be changed." Reuters 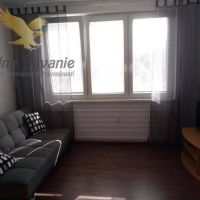 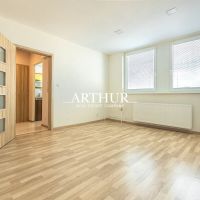