If there is such a thing as happily ever after, it hasn‘t been evident in Hollywood this year. It‘s been a year of celebrity break-ups — some surprising, others not so surprising, but all shattering the notion that celebrities are somehow immune to the ..

If there is such a thing as happily ever after, it hasn‘t been evident in Hollywood this year. It‘s been a year of celebrity break-ups — some surprising, others not so surprising, but all shattering the notion that celebrities are somehow immune to the trials and tribulations that go with relationships. Count them: Meg Ryan and Dennis Quaid, Harrison Ford and Melissa Mathison, Helen Hunt and Hank Azaria, Kim Basinger and Alec Baldwin. The latest marriage casualty: Tom Cruise and Nicole Kidman.

Cruise and Kidman announced last week that they are separating after 10 years of marriage, reports their spokesman, Pat Kingsley. Kingsley said the decision was made with regret.

Cruise, 38, and Kidman, 33, met on the set of their 1990 film Days of Thunder and married that December in a ceremony that left them both with tears in their eyes. The affair was larger-than-life from the start, because all the world was a witness to their courtship in Thunder, soon after Cruise announced his separation from wife Mimi Rogers after three years.

Kidman and Cruise, who share homes in Australia and Los Angeles, have two adopted children, Connor, who turned 6 last Tuesday, and Isabella, 8. Whether or not custody will be shared has not been made public, and Kingsley denied further comment. In 2000, Cruise acknowledged the difficulty of raising children and working on locations around the world. „There are hours of discussion in our household about what to do about it,“ he said. „As long as we‘re together, that‘s the most important thing.“

Their careers have certainly kept the couple busy. Cruise has enjoyed a film career as Oscar-nominated actor (Born on the Fourth of July, Jerry Maguire, Magnolia) and action hero (the Mission: Impossible movies) while Kidman has earned acclaim (and a Golden Globe Award as well) for To Die For and appeared in mainstream films like Batman Forever. The couple also shared screen time in the several films, the last being Stanley Kubrick‘s final film, Eyes Wide Shut. Last fall, Kidman spent three months in Spain to film The Others, with Cruise as one of the executive producers.

The separation may come as a surprise to some, as Kidman and Cruise seemed like the fairytale Hollywood couple. „We have so much in common that it‘s almost as if we are the same person,“ Kidman told PEOPLE in 1992. „We know what it takes to make each other happy.“ CAITLIN O‘TOOLE, TIME 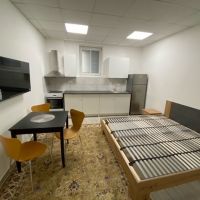 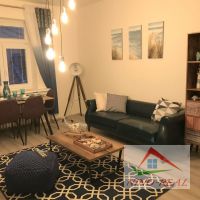