MOGADISHU - Somalia's main faction leaders reached an agreement to reopen the capital's port and airport and dismantle the green line dividing the city.

ANTANANARIVO - Sixty-four of the 132 members of the Madagascar parliament have signed a motion seeking to impeach President Didier Ratsiraka, alleging that he contravened the constitution.

KIGALI - A Croatian Roman Catholic priest, Father Vjeko Curic, aged about 40, was shot dead in the centre of Kigali by an unknown gunman on Saturday night.

BRITEL, Lebanon - The Lebanese army launched a massive manhunt for fiery cleric Sheikh Sobhi Tufaili after clashes with his radical supporters in which at least 50 people were killed or wounded.

SEVILLE, Spain - Hundreds of thousands of Spaniards marched silently through the streets of Seville to protest at Basque separatist violence after ETA guerrillas killed a ruling party politician and his wife.

LAGOS - Nigeria's political parties will meet official electoral bodies on February 3 for talks on stemming the drift towards a one-party state.

RAMALLAH, West Bank - The PLO's Executive Committee, in a surprise development, has taken no action on amending articles in the Palestinian charter which Israel views as seeking its destruction.

AMMAN - King Hussein of Jordan said he was being successfully treated in London for a bacterial infection which was causing him extreme exhaustion and recurring fever.

GENEVA - Three European balloonists aiming to become the first to circle the globe non-stop clipped confidently towards Turkey as they picked up speed after fixing an air leak in their cabin.

MEXICO CITY - Death returned to the indigenous communities of Mexico's troubled Chiapas state with the discovery of three Indian villagers hanged near the eastern town of Ocosingo.

MOSCOW - Russian President Boris Yeltsin ordered his special envoy to return to Iraq to pursue the search for a peaceful solution to the standoff between Baghdad and U.N. arms inspectors.

JERUSALEM - An Arab woman stabbed a Jewish seminary student in the back at an entrance to the Old City of Jerusalem as he headed towards the Wailing Wall for Sabbath prayers.

ISTANBUL - Two Turkish gendarme policemen and five members of one family were killed overnight in a clash during a house search in northern Turkey.

LUEBECK, Germany - Police in the northern German town of Luebeck detained 90 people after left-wing demonstrators clashed with groups of right-wingers.

LONDON - The Daily Mirror said it had obtained film shot by two foreign tourists of a speeding white car at the Paris Ritzhotel on the night Princess Diana was killed in a crash. 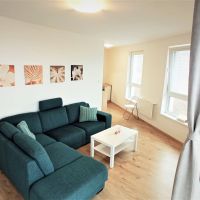 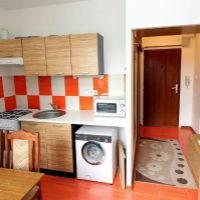