Slovakia: A Referendum on NATO Membership

BRATISLAVA (REUTER) - A majority of Slovaks would vote in favour of NATO membership in a national referendum, according to an opinion poll by the independent Focus research agency. Asked how they would vote, 65 percent of those who would have taken part .

BRATISLAVA (REUTER) - A majority of Slovaks would vote in favour of NATO membership in a national referendum, according to an opinion poll by the independent Focus research agency. Asked how they would vote, 65 percent of those who would have taken part were in favour and 35 percent against, according to the poll, made available to Reuters. Slovakia wants to be among the first post-communist countries invited to join NATO. Last week the Slovak parliament approved a resolution calling for a referendum on NATO membership. President Michal Kovac must set a date for the referendum within 30 days and it must be held within a further 90 days. Deputies approved three separate questions - Are you in favour of Slovakia`s integration in NATO? Are you in favour of the deployment of nuclear weapons on Slovak soil? Are you in favour of the establishment of foreign military bases on Slovak territory? The resolution was passed. The parliamentary opposition have strongly criticised the move. "A referendum with questions like this indicates there is a certain group inside the ruling coalition that purposely acts against the proclaimed priority of the Slovak foreign policy, which is integration to western structures," Ivan Simko of the opposition Christian Democratic Movement told. Tibor Cabaj, a deputy of the senior ruling coalition party, HZDS, said he submitted the plan for the referendum to get a non-binding signal on NATO from the populace. "This referendum... does not change the government`s programme, in which NATO membership has a top priority," Cabaj told. Independent political analysts said the referendum gives Meciar`s government an excuse when the NATO invitation does not arrive. "(The government) knows they`re not going to get accepted into NATO, and it`s their responsibility, so they want to word the referendum so people will vote `no,`" said Sharon Fisher, Slovak analyst at the Open Media Research Institute in Prague. NATO member states are to hold a summit to nominate the first candidates for membership from post-communist countries and diplomats have said that Poland, Hungary, and the Czech Republic are most likely to be named. Soon after the split of the former Czechoslovakia in 1993, Slovakia was considered to be among the top contenders for early entry into NATO. But its chances waned after the United States and the EU repeatedly criticised Bratislava for lagging behind in the development of democratic principles. 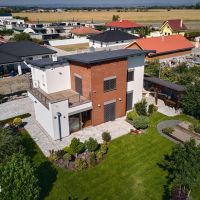 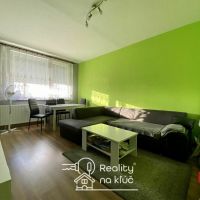