Oscars: Madonna out of Race

LOS ANGELES (REUTER) - The romantic epic "The English Patient" dominated the Academy Award nominations on Tuesday, while the musical "Evita", starring pop singer Madonna, was virtually shut out of the Oscar race. Never one to endear herself to the ...

LOS ANGELES (REUTER) - The romantic epic "The English Patient" dominated the Academy Award nominations on Tuesday, while the musical "Evita", starring pop singer Madonna, was virtually shut out of the Oscar race. Never one to endear herself to the Hollywood establishment, Madonna had brashly predicted she would win a best actress nomination. But the Oscar voters snubbed her. In a glittering pre-dawn ceremony, "The English Patient" captured 12 nominations. The other contenders for best film also fared welloverall. "Shine" and "Fargo" each claimed seven nominations while "Jerry Maguire" and "Secrets & Lies" earned five apiece. It marked a triumph for small-budget, independent films. TriStar`s "Jerry Maguire" was the only best picture nominee from a major Hollywood studio. Nominated along with Fiennes for best actor honours were Tom Cruise for "Jerry Maguire", Woody Harrelson for "The People vs. Larry Flynt", Geoffrey Rush for "Shine" and Billy Bob Thornton for "Sling Blade". Together with Scott Thomas, the nominees for best actress were Brenda Blethyn for "Secrets & Lies", Diane Keaton

for "Marvin`s Room", Frances McDormand for "Fargo" and Emily Watson for "Breaking the Waves". Kenneth Branagh, nominated for best screenplay adaptation for his four-hour "Hamlet", said: "It

is a tribute to everyone who worked on the film, especially William Shakespeare." Musicals tend to fare badly among Oscar voters, but Madonna may also have hurt her own cause with her unrepentant bad-girl image. In the best foreign-language film category, Oscar voters picked "Kolya" from the Czech Republic, "Prisoner of the Mountains" from Russia, "Ridicule" from France, "The Other Side of Sunday" from Norway and "A Chef in Love" from Georgia. The Oscars will be handed out on March 24. The worst movies of the year are "Striptease" and "The Island of Dr. Moreau." The two box-office bombs top the list of the Golden Raspberry nominations, or spoof Oscars, announced one day before the real Academy Award nominations are revealed. 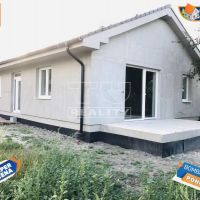 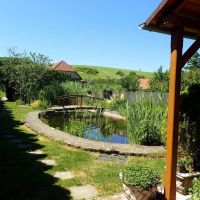