LIMA (REUTER) - Peru`s President Alberto Fujimori returns home on Wednesday to direct negotiations to end a 57-day siege at the Japanese ambassador`s home after a breakthrough in preliminary talks with Marxist rebels holding 72 hostages. Fujimori won British Prime Minister John Major`s support for his tough handling of the hostage crisis on a visit to London to convince the business world that it was an "isolated case" that would not hurt foreign investment in Peru. The breakthrough came

from four hours of talks between the Tupac Amaru Revolutionary Movement`s (MRTA) second-in-command Rolly Rojas and Fujimori`s negotiator Domingo Palermo at a Red Cross safe house opposite the besieged residence on Tuesday. The Education Minister Palermo and Rojas, who goes by the nom de guerre "El Arabe" (The Arab), met with guarantors from the Vatican, the Red Cross, Canada and an observer from Japan. Vatican`s Bishop Juan Luis Cipriani and Canadian Ambassador Anthony Vincent told waiting reporters both sides had agreed to further dialogue. It was the first time the MRTA and the government had come face-to-face since Palermo met the leader of the MRTA hostage-takers, Nestor Cerpa Cartolini, at the residence on Dec. 28. The siege began on Dec. 17 when 15 MRTA rebels stormed the residence during a cocktail party and seized more than 500 guests. They freed most but kept 72 key hostages, including two Peruvian ministers, the Japanese and Bolivian ambassadors, about two dozen Japanese businessmen and Fujimori`s brother. Fujimori said in London he detected "elements that give us a certain optimism. He expects the talks with Rojas, a 34-year-old former transport worker who joined the MRTA while at university, to lead to formal negotiations in the next few weeks with Cerpa himself. Fujimori`s refusal to consider Cerpa`s main demand - the release of 400 MRTA rebels from Peruvian jails - had stymied earlier attempts at dialogue. He was sticking to his hard line, telling a news conference in London: "Definitely the Peruvian government is not going to pay any ransom." He is open, however, to the possibility of asylum abroad for the hostage-takers and suggested Cuba might take them. 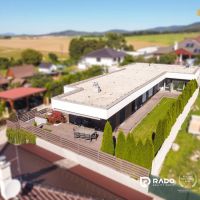 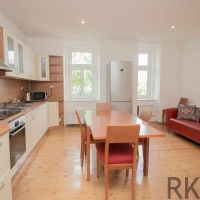