WASHINGTON - The U.S. economy's nearly six-year expansion shows no signs of slowing down, with the country well-placed to enjoy continued low unemployment and low inflation, the White House said.

ALMATY - The leader of an exiled nationalist Uighur group in Kazakhstan said the rioting in China's northwest was sparked by the execution of 30 Uighurs by Chinese authorities last week.

DUSHANBE - The Tajik government said it would meet the demands of a rebel group holding several foreign aid workers hostage by allowing the return of other group members from Afghanistan.

MOSCOW - Russia should abandon its principle of not using nuclear weapons first in response to an attack by another country with conventional weapons, a senior security official was quoted as saying.

LIMA - A member of the Marxist MRTA rebel group holding 72 hostages and a Peruvian government negotiator are due to meet face-to-face in a bid to end the tense 56-day standoff.

MOGADISHU - At least one person was killed and four were wounded in the Somali capital when unknown gunmen opened fire on a prominent Islamic leader and his armed escort, witnesses said.

SANTA MONICA, Calif - Ending O.J. Simpson's civil trial on a note of retribution, the jury that branded him a killer ordered him to pay $25 million in punitive damages.

deadly revenge for the recent jailing of leaders of ETA's political wing,

KHARTOUM - A Sudanese government newspaper said that Eritrean opposition forces had killed at least 30 soldiers in a series of attacks on Asmara's troops, which it said continued to mass on Sudan's borders.

LUSAKA - The Zambian Supreme Court dismissed a petition filed against the country's electoral commission by opposition parties challenging the outcome of national elections last November. The court also sentenced a Zambian journalist to three months in jail for claiming in a report that the court was bribed by the state to dismiss electoral petitions filed by four opposition parties.

Do parlamentu by prešlo osem strán. 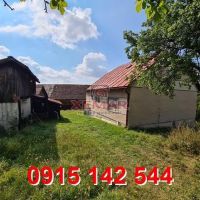 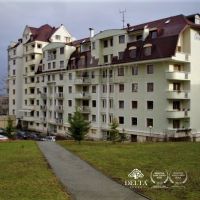