MOSTAR, Bosnia (REUTER) - Bosnian Croats stepped up evictions of Moslems in the divided city of Mostar on Tuesday shortly after the worst ethnic violence since the war ended in 1995. At least one person

died and 22 were wounded. An international police monitor who asked not to be named told Reuters that 26 Moslems were ejected from their homes in Croat-held west Mostar overnight, mainly from an apartment building opposite the main Croat police station. Croat police also detained two interpreters employed by the NATO-led peace Stabilisation Force (SFOR) in Bosnia. Evictions of Moslems from the Croat-controlled part of the city have become a regular occurrence. Western officials have blamed it on paramilitary rightist gangsters, some of them police officers, whose behaviour is sanctioned or condoned by Croat authorities to frustrate international efforts to reunify Mostar. SFOR troops arrived at the scene of Monday's violence but have no powers of arrest while U.N.-affiliated International Police (IPTF) monitors, who have no weapons, were confined to quarters for their own safety. But IPTF officers resumed patrols in the southwestern city, Bosnia's fifth biggest, on Tuesday morning. Monday's bloodshed occurred after 500 Moslem religious pilgrims heading to Liska cemetery on the Croat side of Mostar were blocked by 700 Croats who were taking part in a Roman Catholic carnival parade, an SFOR spokesman said. Monday was the second day of the Islamic religious holiday of Bairam, when Moslems mourn their dead. Liska cemetery contains both Moslem and Croat graves. Mike Fabbro, SFOR spokesman in Mostar, told Reuters there

were "photographs which confirmed eyewitness accounts that Croats, including policemen, had opened fire on the crowd". Croat police and state media in nearby Croatia, which backs Croat nationalists ruling west Mostar and its hinterland, claimed the violence was provoked by "Moslem terrorists" and said that 18 Croat policemen were injured. Independent sources had no reports of Croat injured then. But Pierre Bayle, chief SFOR spokesman in Mostar, told Reuters two Croat truck drivers were beaten up by Moslems on the outskirts of the town hours later after nightfall. Croat media reported a spate of Moslem assaults on Croat motorists on the main highway northeast of town. Ivan Prskalo, Croat mayor of Mostar's nominal all-city government, said two Croats had been slain in Moslem east Mostar in the evening. These reports could not be confirmed. The United States, whose diplomacy ended a Moslem-Croat war in 1994 and set up a shaky bi-national federation, condemned the violence and implicitly blamed the Croats. A dusk-to-dawn curfew on both sides of the divided city was ordered by Valentin Coric, a Croat who is the Interior Minister for Hercegovina-Neretva canton, which includes Mostar. Shortly after the

violence, the bloodiest in Mostar since NATO troops deployed in Bosnia in late 1995, groups of Croats and Moslems faced off along the former inner-city front line. SFOR deployed some 100 Spanish troops to the town centre to defuse the tension and the crowd dispersed. Michael Steiner, deputy to international peace coordinator Carl Bildt, held urgent meetings with local government officials in Mostar on Monday evening to calm the situation. "We're sure there is a small group of extremists who are responsible for this," Fabbro said. 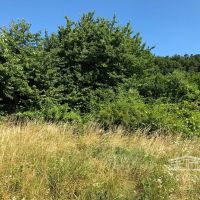 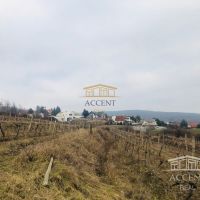