VIENNA (REUTER) - Social Democrat Chancellor Franz Vranitzky emerged triumphant from a bitter battle with his conservative coalition partners on January 12 over the privatisation of one of Austria`s major banks. On Sunday, Vranitzky gave his last major ..

VIENNA (REUTER) - Social Democrat Chancellor Franz Vranitzky emerged triumphant from a bitter battle with his conservative coalition partners on January 12 over the privatisation of one of Austria`s major banks. On Sunday, Vranitzky gave his last major news conference as government leader, having resigned on Saturday after 10 1/2 years in power during a turbulent period in Austrian history. His going came as a surprise to the nation. After weeks of squabbling, the coalition of Social Democrats and their junior partner, the People`s Party, held a crisis meeting a week ago in a showdown over the privatisation of the country`s second biggest bank, Creditanstalt-Bankverein. After 11 hours of talks, Vranitzky announced Creditanstalt had been sold to Bank Austria, its favoured bidder, and not to an international consortium backed by the conservatives led by Foreign Minister Wolfgang Schuessel. He said on Sunday it was just after that bank sale debacle that he finally made up his mind to call it a day. "I came to my final decision in the first half of the week," Vranitzky told reporters, whom he successfully wrong-footed over the timing of his departure. Vranitzky left the political scene dominant and in control, and all within a week. He has handed over the levers of power to Finance Minister Viktor Klima. Franz Vranitzky said on Sunday his greatest achievement in nearly 11 years in power was to lead Austria into the European Union. But he conceded at a news conference that his Social Democratic Party had underestimated the politicial rise of the far right under the leadership of nationalist Joerg Haider. More than two-thirds of the Austrian electorate voted in favour of EU membership in June 1994, but disillusionment has set in following big cuts in public spending to prepare Austria for European economic and monetary union. Vranitzky, 59, said he also took pride in turning around the economy of the Alpine nation from its depressed state in the 1970s to one of Europe`s best performers. Vranitzky made a memorable speech to parliament in 1991 in which he soberly told deputies that their country had to apologise to Jews for Austria`s part in the horrors committed by the World War Two Nazi regime. In a visit to Israel in 1993, Vranitzky said Austrians, too, had to share responsibility for the Nazi Holocaust. Vranitzky, who took over the government in June 1986, said his leadership also had its downs and his party had failed to mount an appropriate strategy to combat the growing popularity of Haider`s far-right Freedom Party. And with hindsight, he said he would have handled Haider differently. Vranitzky stressed that his only reason to quit was to hand over his office to a younger person. 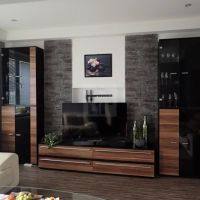 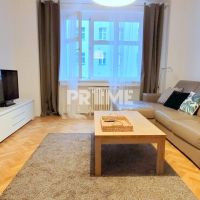