KHARTOUM - Sudan has called for an emergency session of the U.N. Security Council to take steps to prevent what it said were Ethiopian attacks on its territory. Khartoum University has closed so that students can join the forces and go to eastern Sudan to counter what Sudan says are Ethiopian attacks at the border

LUANDA - Britain`s Princess Diana earned herself the name "princess of peace" when she met war victims in the poorest quarters of Angola`s capital Luanda and promised to send toys to comfort the children. On day two of a four-day tour of the southern African country, to help a Red Cross campaign to outlaw landmines worldwide, she came face to face for the first time with the casualties of a bitter 20-year war that ended in 1994.

WASHINGTON - The recent steep fall in the Tokyo stock market does not pose a threat to the U.S. economy, but it needs to be watched closely, Commerce Undersecretary Everett Ehrlich said.

NEW YORK - Sheikhh Omar Abdel-Rahman, the blind cleric convicted of conspiracy in a plot to blow up the United Nations, condemned the recent spate of letter bombs and accused the Egyptian government of sending them, according to his translator and legal aide.

MOSCOW - Russian President Boris Yeltsin faces a seventh day in hospital with pneumonia on Wednesday as his political foes plotted his downfall. Yeltsin`s doctors said on Tuesday that the 65-year-old leader`s condition was improving but his enemies in parliament, citing the president`s repeated absences from the Kremlin, started seeking ways to oust him on health grounds.

VILCASHUAMAN - President Alberto Fujimori, leaving Lima on Tuesday for the first time since Peru`s four-week hostage crisis began, visited the site of one of his victories against leftist rebels. He used the visit to proclaim that no one in country supported the Marxist hostage-takers, who are holding 74 people at the Japanese ambassador`s residence in Lima.

BELGRADE - The Serbian opposition has scored a major victory in its campaign to restore results of annulled municipal elections but said a two-month protest campaign would continue. Electoral officials in the capital overruled a district court to award victory on Tuesday to the opposition Zajedno (Together) coalition in the Belgrade assembly.

LOS ANGELES - Frank Sinatra, rushed to the hospital last Thursday after suffering a heart attack, is undergoing "appropriate treatment" and could be released later this week, his publicist said.

BEIRUT - The militant Islamic group Hamas said it rejected the Palestinian-Israeli deal on Hebron and warned self-rule authorities against cracking down on militants.

SEOUL - Workers wielding iron bars and hurling rocks battled South Korean riot police as the authorities, in a sign that a harsh crackdown on labour strife was imminent, said current strikes were being fanned by North Korea.

JOHANNESBURG - President Nelson Mandela, angrily rejecting U.S. warnings over a proposed arms deal with Syria, said South Africa would deal with anyone it wanted to, regardless of outside pressure.

ANKARA - U.S. envoy Carey Cavanaugh predicted that a planned missile deployment in Cyprus that has angered NATO member Turkey would not take place.

ISLAMABAD - The United Nations mission to Afghanistan said a series of meetings between representatives of the warring factions over the last three days had reached a concrete and practical agreement on several key points. 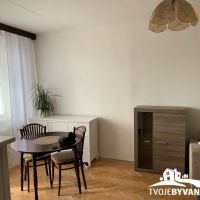 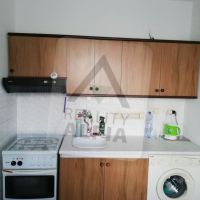