PRAGUE (Reuters) - Prague's eight-year battle over the direction of post-communist changes burst into the open on Tuesday as President Václav Havel and outgoing prime minister Václav Klaus traded recriminations in public. In a major speech to both houses

of parliament, Havel blasted the outgoing government for leaving behind a half-baked social and economic transformation of dubious moral colour. "Many people...are disturbed, disappointed or even disgusted by the general condition of society in our country," the former dissident playwright said. Klaus retorted that Havel had completely failed to understand the nature of a free market or society. Havel made his speech, his end-of-term State of the Republic report, as talks began on the formation of a new government after Klaus resigned last week over a party funding scandal. Speaking for nearly an hour in the ornate Ruldofinum concert hall, Havel painted a bleak picture of Klaus's legacy and urged the next cabinet to fulfil his own dream of a society based on law and civic values. He said the economy, often portrayed by Klaus as the most advanced in Eastern Europe, left much to be desired. "We behaved like a spoiled only child, or like the star of the class who believes he can put on an air of superiority and be everyone else's teacher," Havel said. The speech received a standing ovation from the assembled politicians and diplomats, but Klaus, stony-faced in the front row, was slow to rise and did not applaud. Klaus then assembled journalists to read a statement accusing Havel of a "deep failure to understand the functioning of a market economy and a free society eight years after the fall of communism". He refused to take questions. Havel bemoaned an amoral get-rich-quick attitude which he said many Czechs had adopted. "The declared ideal of success and profit was turned to ridicule because we allowed a situation in which the biggest success could be achieved by the most immoral ones and the biggest profits could go to unpunishable thieves," he said. Thousands of Czechs have seen the value of shares they were given in Klaus's so-called voucher privatisation scheme fall sharply as companies have been systematically stripped of their assets, with little attempt to stop it. "The transformation stopped halfway, which is possibly the worst thing that could have happened to it," Havel said. "If I blame those who are now resigning, it is not so much for any concrete flaw...as for an apathetic, or almost hostile attitude toward everything that bears even a distant resemblance to a civil society or that which would create it." Klaus countered that Havel wanted to take the country back to a "third way" between communism and right-wing capitalism. But he appeared to be isolated among mainstream politicians as even the pro-business Civic Democratic Alliance (ODA) and senior members of Klaus's own party welcomed Havel's remarks. 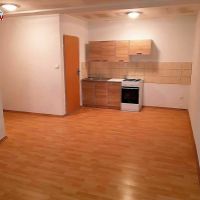 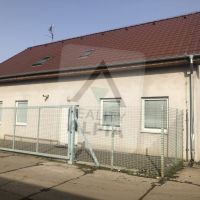