PRAGUE (Reuters) - An explosion outside the house of Czech Finance Minister Ivan Pilip on Saturday shattered windows but caused no injuries, Czech Radio reported. Pilip, who was instrumental in forcing the resignation of Prime Minister Václav Klaus last .

PRAGUE (Reuters) - An explosion outside the house of Czech Finance Minister Ivan Pilip on Saturday shattered windows but caused no injuries, Czech Radio reported. Pilip, who was instrumental in forcing the resignation of Prime Minister Václav Klaus last Sunday over a funding scandal within their Civic Democratic Party (ODS), was at home with his wife and young daughter when the blast occurred. The 34-year-old minister has since left Prague on planned official business. Klaus called for a quick investigation, saying he was stunned by the incident and was strongly opposed to introducing such practices into Czech political life, CTK news agency reported. Klaus asked politicians not to use the incident to further destabilise the already tense political environment, in which the three parties of the outgoing centre-right coalition are trying to form a new government. Police said the blast happened just before 4 a.m. (0300 GMT) in a courtyard outside the villa in west Prague, but they have yet to say what material caused it. It broke lower floor windows and the windows of a car parked near the house. It was not clear who was responsible or if police had identified any suspects. Tensions have been running high since last week, when Pilip called on Klaus to step down in a scandal over donations to the ODS which critics allege may have influenced privatisation decisions. Klaus supporters staged a raucous rally outside party headquarters last Saturday during 11-hour talks which eventually led to the premier's resignation. Pilip needed a police escort to get to his car through the crowd, which was shouting insults and threats at him. The explosion outside Pilip's home also came during the celebration of St. Nicholas, a traditional night of revelry in the Czech Republic, where fireworks, often quite powerful, can be heard in Prague streets. Klaus, the longest-serving prime minister in post-communist Eastern Europe, began talks with Pilip and leaders of the other coalition parties on Friday over forming a new government. Klaus has said he himself will not be part of any new cabinet. The fractious ODS, which has been split between those who support Klaus and those who wanted him out, is to hold an extraordinary congress next weekend to elect a new leader. So far only Klaus has announced officially that he will stand for the post. 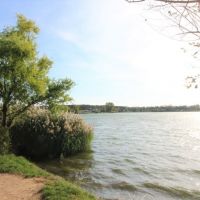 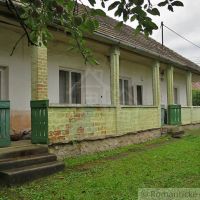